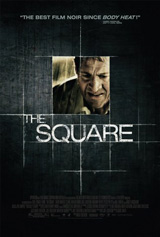 An interview with NASH EDGERTON the director of THE SQUARE. Escaping the monotony of a loveless marriage, Raymond Yale becomes entangled in an affair with the beautiful and troubled Carla. Ray’s moral limits are tested when Carla presents him with the proceeds of her controlling husband’s latest crime. This is their chance: Take the money and run… If only it were that simple. Edgerton’s filmmaking career began at the age of 18 as a stunt performer. Since that time he has earned over 100 film and television credits on productions including THE MATRIX TRILOGY, STAR WARS II and III, THIN RED LINE and SUPERMAN RETURNS. He also produced and edited the acclaimed film THE MAGICIAN. 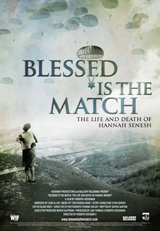 An interview with ROBERTA GROSSMAN the director of BLESSED IS THE MATCH the story of poet and diarist Hannah Senesh.  She was only 22 years old when she parachuted into Nazi-occupied Europe in an effort to save the Jews of Hungary. But when poet and diarist Senesh was executed by the Nazis a year later, the modern-day Joan of Arc had already left behind a body of work and a legacy of bravery that would inspire generations to come.  Grossman is an award-winning filmmaker with a passion for history and social justice.  She has written and produced more than 40 hours of documentary television. She was the series producer and co-writer of 500 Nations, the eight-hour CBS miniseries on Native Americans hosted by Kevin Costner. Grossman’s feature documentary Homeland: Four Portraits of Native Action, premiered in February 2005, and has screened and won awards at more than 40 festivals worldwide. 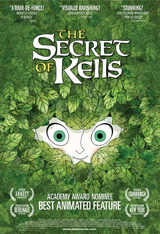 An interview with TOMM MOORE the director of THE SECRET OF KELLS, the animated story of the boy behind the famed Book of Kells. The Book of Kells is a stunningly beautiful manuscript containing the Four Gospels. It is Ireland’s most precious medieval artifact, and is generally considered the finest surviving illuminated manuscript to have been produced in medieval Europe. Our hero, young Brendan lives in a remote medieval outpost under siege from barbarian raids. But a new life of adventure beckons when a celebrated master illuminator arrives from foreign lands carrying an ancient but unfinished book, brimming with secret wisdom and powers. To help complete the magical book, Brendan has to overcome his deepest fears on a dangerous quest that takes him into the enchanted forest where mythical creatures hide. It is here that he meets the fairy Aisling, a mysterious young wolf-girl, who helps him along the way. But with the barbarians closing in, will Brendan’s determination and artistic vision illuminate the darkness and show that enlightenment is the best fortification against evil?  Moore is co-Founder and company director of Cartoon Saloon.  He has worked on almost every Cartoon Saloon production in various capacities including directing and designing commercials for clients including Cadburys and the Irish Independent, illustrating graphic novels and children’s books and working as animation artist on several tv series and feature film productions.