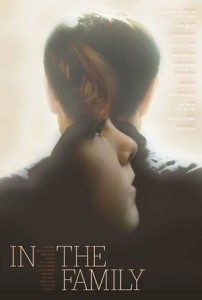 Six year old Chip Hines has only known life with his two dads, Cody and Joey. When Cody dies suddenly in a car accident, Joey and Chip struggle to find their footing again. Just as they begin to, Cody’s will reveals that he named his sister as Chip’s guardian. The years of Joey’s acceptance into the family unravel as Chip is taken away from him. In his now solitary home life, Joey searches for a solution. He struggles to find a path to peace with the family and closer to his son.  Mike Kaspar interviews Patrick Wang about his compelling and moving new film In the Family. Roger Ebert called it “an indie masterpiece.” The New York Times said it is “one of the most accomplished and undersold directorial debuts this year… One senses that [Wang] is rediscovering the rules of cinema on his own. This is a career to keep an eye on.”