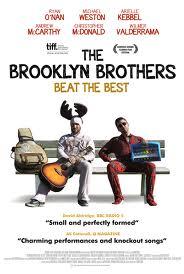 Recently broken up with by his girlfriend, underachiever Alex (Ryan O’Nan) embarks on an impromptu road trip with his new bandmate, the eccentric Jim (Michael Weston). By channeling their inner children and giving a new meaning to the term “lo-fi musician,”

Alex and Jim find their unique musical style by bringing the sound of children’s instruments to their unsuspecting fans. Playing a series of bizarre shows and experiencing multiple near-disasters, Alex and Jim’s persistence takes them on a true coming-of-age journey – one that may be their last shot at achieving their youthful dreams. Director Ryan O’Nan joins us for an engaging conversation on the challenges and joy of making his first feature film.

“A Bro-mantic ONCE if it had been directed by Cameron Crowe in his prime.” – Seattle Weekly 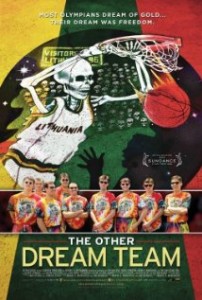 “The Other Dream Team” documents the Lithuanians’ experiences behind the Iron Curtain for 50 years, where elite athletes were subjected to brutalities of Communist rule. As they hid from KGB agents and feared for their lives, Lithuania’s basketball stars always shared a common goal – to utilize their athletic gifts to help free their country.

With a mix of verite scenes, incisive interviews and extraordinary archival footage and photos culled from former Soviet archives, audiences will see how a special group of athletes journeyed through the bleak era of Communism to the rebirth of a nation and their own freedom.

“The Other Dream Team” is a story that will resonate for any viewer with an interest in world history, politics, pop culture, basketball or the triumph of the human spirit. Director Marius Markevicius stops by to talk about a film that is best described as a ‘long, strange trip’ — with a very happy ending.

“A stranger-than-fiction look at how sports and politics have intersected to highly dramatic effect in the history of modern Lithuania, “The Other Dream Team’s” tale was a classic saga waiting to be told, but it took a Lithuanian American director, Marius Markevicius, to know enough to bring it to the screen.” – Kenneth Turan, Los Angels Times 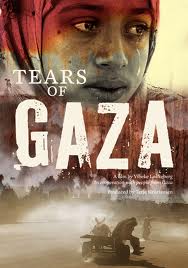 Disturbing, powerful and emotionally devastating, TEARS OF GAZA is less a conventional documentary than a record–presented with minimal gloss – of the 2008 to 2009 bombing of Gaza by the Israeli military. Photographed by several Palestinian cameramen both during and after the offensive, this powerful film by director Vibeke Løkkeberg focuses on the impact of the attacks on the civilian population. Vibeke stops by to explain her own story on the making of this powerful film and the impact the Israeli attack continues to have the people of Gaza.

“Few antiwar films register with the disturbing immediacy and visceral terror of “Tears of Gaza,” Vibeke Lokkeberg’s extraordinary docu set amid the 2008-09. What’s shown is a revelation.” – John Andersen, Variety 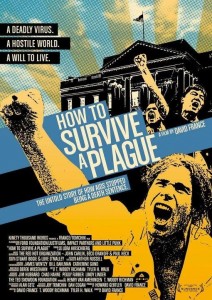 HOW TO SURVIVE A PLAGUE is the story of two coalitions—ACT UP and TAG (Treatment Action Group)—whose activism and innovation turned AIDS from a death sentence into a manageable condition. Despite having no scientific training, these self-made activists infiltrated the pharmaceutical industry and helped identify promising new drugs, moving them from experimental trials to patients in record time. With unfettered access to a treasure trove of never-before-seen archival footage from the 1980s and ’90s, filmmaker David France puts the viewer smack in the middle of the controversial actions, the heated meetings, the heartbreaking failures, and the exultant breakthroughs of heroes in the making. David joins us to talk about his fly-on-the-wall documentary.

“Served powerfully, with minimal adornment… A moving and meticulous documentary about AIDS activism in the late ‘80s and early ‘90s.” –  A.O. Scott, The New York Times

“…An epic celebration of heroism and tenacity, and less directly, a useful template for any fledgling activist movement, demonstrating the effectiveness of inside/outside strategy.” – David Rooney, The Hollywood Reporter 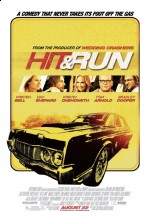 HIT AND RUN is a comedy about a young couple (Kristen Bell and Dax Shepard) that risks it all when they leave their small town life and embark on a road trip that may lead them towards the opportunity of a lifetime. Their fast-paced road trip grows awkwardly complicated and hilarious when they are chased by a friend from the past (Bradley Cooper), a federal marshal (Tom Arnold) and a band of misfits. Co-director David Palmer join us to talk about the making of this fuel-injected comedy. 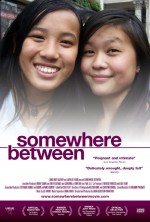 In profiling Chinese adoptees in contemporary America, director Linda Goldstein Knowlton’s deeply moving documentary illustrates that even the most specific of experiences can be universally relatable. Of the roughly 80,000 girls who have been adopted from China since 1989—a decade after China implemented its One Child Policy—the film intimately follows four teenagers: Haley, Jenna, Ann, and Fang. These four wise-beyond-their-years, yet typical American teens, reveal a heartbreaking sense of self-awareness as they attempt to answer the uniquely human question, “Who am I?” Director Linda Goldstein Knowlton stops by to explore the film’s richly textured perspective. 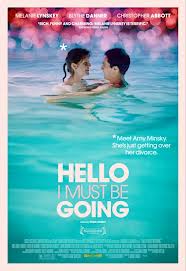 Selected as the opening night film for Sundance 2012, HELLO I MUST BE GOING features acclaimed actress Melanie Lynskey (WIN WIN, UP IN THE AIR) in her breakout role as Amy, a recent divorcée who seeks refuge in the suburban Connecticut home of her parents (Blythe Danner and John Rubinstein). Demoralized and uncertain of her future, Amy begins an affair with a 19-year-old actor (GIRLS’ Christopher Abbott) that jumpstarts her passion for life and helps her discover an independence and sense of purpose that she has missed for years. Coupling Danner’s subtly riveting performance as a frustrated empty nester with Lynskey’s endearing and nuanced depiction of both the comic and tragic avenues of an existential crossroads, HELLO I MUST BE GOING is a modern, unconventional love story infused with sex, humor, and emotional honesty – everything Amy will need to get on in life.  Director Todd Louiso (Love, Lisa) and screenwriter Sarah Koskoff joins us to talk about his latest feature. 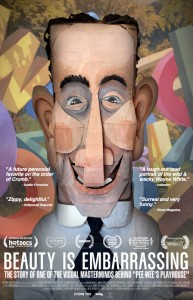 Beauty Is Embarrassing is a funny, irreverent, joyful and inspiring documentary featuring the life and current times of one of America’s most important artists, Wayne White.

Raised in the mountains of Tennessee, Wayne White started his career as a cartoonist in New York City. He quickly found success as one of the creators of the TV show, Pee-wee’s Playhouse, which led to more work designing some of the most arresting and iconic images in pop culture.

Beauty Is Embarrassing chronicles the vaulted highs and the crushing lows of a commercial artist struggling to find peace and balance between his work and his art. Acting as his own narrator, Wayne guides us through his life using moments from his latest creation: a hilarious, biographical one-man show. The pieces are drawn from performances at venues in Tennessee, New York and Los Angeles including the famous Roseland Ballroom and the Largo Theater.

At its core, Beauty Is Embarrassing is a reminder that we should all follow our passion. It is those creative impulses that will lead us to where we need to go. Director Neil Berkeley and artist and subject of Beauty is Embarrassing, Wayne White stop by to talk about this insightful and entertaining film.