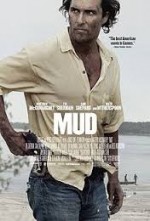 “Mud” is an adventure about two boys, Ellis and his friend Neckbone, who find a man named Mud hiding out on an island in the Mississippi. Mud describes fantastic scenarios—he killed a man in Texas and vengeful bounty hunters are coming to get him. He says he is planning to meet and escape with the love of his life, Juniper, who is waiting for him in town. Skeptical but intrigued, Ellis and Neckbone agree to help him. It isn’t long until Mud’s visions come true and their small town is besieged by a beautiful girl with a line of bounty hunters in tow. Director Jeff Nichols (Take Shelter) joins us for a conversation about love and trust on the Mississippi River.

The film ultimately succeeds thanks to small details, from its deep-fried lingo and the swampy texture of its location photography to its uniformly expert cast.  Steve McFarlane, Slant Magazine

The story of a sympathetic fugitive who forges a bond with two teenage boys near a mighty river down south, Mud is shot through with traditional qualities of American literature and drama. Todd McCarthy, Hollywood Reporter

The most immediately involving film that I’ve seen in a good long while. William Goss, Film.com 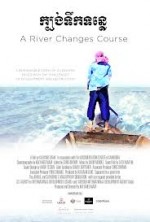 Winner of the 2013 Sundance Film Festival’s Grand Jury Prize for World Cinema Documentary, A River Changes Course explores the damage rapid development has wrought in her native Cambodia on both a human and environmental level. Rural communities, used to reaping the bounty of their mountainous jungles and lush rivers, have witnessed their forests being cleared, land becoming scarce and costly, and fishing stocks rapidly depleting. No longer able to provide for their families, and often accruing massive debt as a result, many Cambodians have been forced to leave their rural lives behind to seek employment in the industrial factories of Phnom Penh. Director Kalyanee Mam stops by to ruminate on her award winning film and love of her native country’s disappearing culture.

A River Changes Course puts a human face to these global changes. River follows three Cambodian families — one living in a floating hut on the Tonlé Sap River, one dwelling deep in the jungle, and one whose eldest daughter moves to Phnom Penh to work in a garment factory — as their world is transformed by forces far beyond than their power to control, or even understand. Sage Magazine 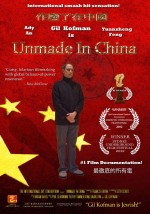 Unmade in China follows American director Gil Kofman as he travels to Xiamen, China to direct the Republic’s first ever thriller, Case Sensitive. Once there he discovers that the old adage of making a film three times, once in the writing, once in the shooting and once in the editing, is in fact just the opposite in his host country, where his film is unmade three times. Undaunted by his inability to speak or understand the Mandarin language, Kofman directs his frequently recast actors through a translator as government censorship and constant cultural mishaps hijack his script and derail production. Like Man of la Mancha set in Communist China, there has never been a film quite like this. Director Gil Kofman (Case Sensitive) and director Tanner Barklow (Unmade in China) joins us for a conversation about the travails and triumphs of filmmaking in the People’s Republic.

“This documentary  is superb. I loved  every little bit of it… Top 10 film of 2012″ - Film Bizarro 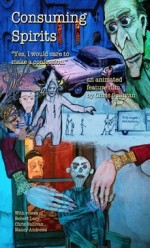 Painstakingly created over the course of the last fifteen years, Chris Sullivan’s debut animated feature is an absolute marvel to behold. Employing multiplane cut-outs, drawings on paper and stop motion (all shot on 16mm), Sullivan weaves a psychologically dense chronicle of a crumbling Rust Belt town, and the intermingled lives of three lonely souls who work at its local newspaper. Unfolding like a vision quest from the mind of a memory-haunted insomniac, it tenderly navigates its ugly characters down twisted paths upon which their pasts, fears, and longings converge. This is a totally singular and eerie landscape, dotted with ghost-ridden farmhouses, midnight car accidents, late night radio broadcasts and the world’s oldest cat. Painted with frequent strokes of unexpected humor and rendered with a beautifully rough hewn craft emphasizing its characters’ fragility, it emerges as a quiet feature-length epic unlike anything you’ve ever seen: adult, complex and brimming with the irrepressible spirit of American independent filmmaking.. Director/ Writer/ Producer Chris Sullivan joins us for an extended conversation on this stunningly original animated film. Be sure to see Chris Sullivan for the 8:00 PM Friday and 7:00 PM Saturday screening at the Cinefamily –  611 N. Fairfax Avenue, Los Angeles.

“CRITICS’ PICK!  A dark and painful fantasy for grown-ups… A work of obsessive artisanal discipline and unfettered artistic vision. You have never seen anything like it. This remarkable film…conducts its inquiry into the darkest zones of the human heart in a spirit at once anguished and playful…A wonder.” – A.O. Scott, The New York Times

“Emotionally raw, thoroughly original…The entire world he’s built is constructed of ugliness shot through with moments of unexpected beauty. His narrative is the same… small moments of beauty and redemption sneak through.”  – Ian Buckwalter, NPR online

“A sprawling, slithering, stream-of-consciousness tale… a moribund, rust-belt dreamland. This is the rare animated feature whose subtext is as rich as its sensuality… CONSUMING SPIRITS (is) not only a monstrous visual achievement, but one of the most uniquely humanistic animated features of all time.” – Joseph Jon Lanthier, Slant

“Every frame in Chris Sullivan’s American Gothic saga aches and echoes from a place of unique artistry, meticulous craftsmanship and great imagination.  It is the little touches, the small world-building and grounding details that make CONSUMING SPIRITS feel so rich and so worthwhile. It is adult animation at its best and most unique, and a film which exudes the true spirit of American independent filmmaking.” – Ben Umstead, TwitchFilm.com 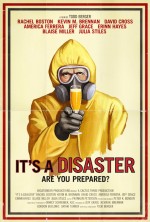 In this doomsday comedy, four couples meet for Sunday brunch and find themselves stranded in a house together as the world may be about to end. When Tracy Scott (Julia Stiles) decides to introduce her new beau Glenn (David Cross) to her three friends Hedy (America Ferrera), Emma, and Lexi and their significant others, her biggest fear is whether or not her friends will approve of her new relationship, little does she realize that’s the least of her worries. Before long the couples find themselves in the midst of an apocalyptic disaster, catching them all off guard. One thing is clear; these four couples aren’t going to let the potential end of the world get in the way of the relationship issues they all need to work out. Director Todd Berger joins us to shed some light on how best to embrace the end times.

“It’s a Disaster is an impeccably-written, dark-as-a-moonless-night satire that hearkens back to the glory days of classic comedy. Existing in the surreal ether somewhere between Preston Sturges and Woody Allen, Berger takes on disaster films as well as the trope of trapping characters in one location; all the while, Berger and cinematographer Nancy Schreiber beautifully choreograph the on screen events to Altman-esque precision.” – Don Simpson, Smells Like Screen Spirit

“Writer-director Todd Berger brings a fresh stamp to Armageddon with his sharply scripted comedy It’s a Disaster, which is anything but.” – Sheri Linden, Hollywood Reporter 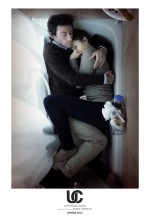 Kris is derailed from her life when she is drugged by a small-time thief. But something bigger is going on. She is unknowingly drawn into the life cycle of a presence that permeates the microscopic world, moving to nematodes, plant life, livestock, and back again. Along the way, she finds another being—a familiar, who is equally consumed by the larger force. The two search urgently for a place of safety within each other as they struggle to assemble the loose fragments of their wrecked lives. Director/Writer/Actor Shane Carruth stops by Film School to talk about his “heart-stoppingly” beautiful film mediation.

“With its densely layered, thematically rich storytelling, Upstream Color is in part about the mutual psychosis that can be an essential part of romance, the agreement of a shared madness. It’s intense and hypnotically powerful, and a more intimate and moving film than Primer. Color is somehow at once emotionally direct, while narratively abstract.” – Mark Olsen, LA Times

“…having the movie wash over me was one of the most transcendent experiences of my movie going life. It’s utterly perplexing, and heart-stoppingly beautiful, quite literally overwhelming.” – Sam Adams, A. V. Club 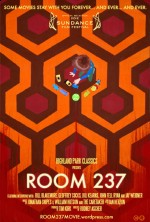 In 1980 Stanley Kubrick released his classic horror film, THE SHINING. Over 30 years later, viewers are still struggling to understand its hidden meanings. Loved and hated by equal numbers, the film is considered a genre standard by many loyalists, while other viewers dismiss it as the lazy result of a legendary director working far below his talent level. In between these two poles, however, live the theories of ardent fans who are convinced they have decoded THE SHINING’s secret messages regarding genocide, government conspiracy, and the nightmare that we call history. Ascher’s ROOM 237 fuses fact and fiction through interviews with the fans and scholars who espouse these theories. Ideas of five devotees of the film with wildly different ideas about its true meaning are braided together in a kaleidoscopic deconstruction of the horror classic. Director Rodney Ascher joins us for a conversation on the joy of interpretation and discovery, wherever you find it.

“Ascher’s unique and unforgettable film is a tribute to movie love. I couldn’t have liked it more.” – Peter Travers, Rolling Stone

“A delirious ode to movie love; a meditation on becoming so consumed by a film that every single inch of the screen seems to hold some kind of special meaning… both hilarious and electrifying, a must-see for any true film buff.”  - Bilge Ebiri, New York Magazine

“One of the great movies about movies… With Ascher’s brilliant editing subtly teasing the participants for their sillier comments, there’s a sense in which ‘Room 237′ mirrors Kubrick’s film as a work of genre satire… That these fans’ revelations run the gamut from ingenious to inane does nothing to diminish the pic’s aptly Kubrickian study of human flailing.” – Rob Nelson, Variety 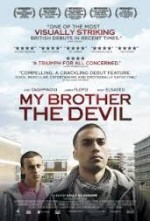 Mo is a young boy growing up in a traditional Egyptian household, but beyond the front door of the family’s modest London flat is a completely different world – the streets of Hackney. The impressionable Mo idolizes his handsome older brother Rashid and wants to follow is his footsteps. However, Rashid, a charismatic and shrewd member of a local gang, wants a different life for his little brother and deals drugs hoping to put Mo through college. One eventful summer, Rashid’s sexual awakening forces Mo to confront his own fears and phobias and threatens to tear the brothers apart. Director Sally El Hosaini stops by to talk about her beautifully rendered feature film debut.

“A tender, bracing fraternal drama of London’s gang life, the immigrant experience, and questions no smaller than what “manhood” might mean to young men whose traditional cultures are colliding with the worst-and the best-of the secular west.” – Alan Scherstuhl, Village Voice

Nuances of faith, politics and sexual identity enrich what initially presents as a classic good son-bad son tale, and although the film’s melting-pot patois is occasionally too dense to decipher, we get the gist.” – Jeannette Catsoulis, New York Times