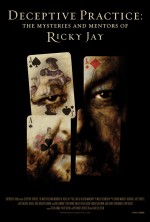 What happens when documentary filmmakers—whose mission is to probe, explore, and Reveal—take as their subject one of the world’s greatest living magicians, whose life and art are basically off limits to probing, exploration and revelation? More than a decade in the making, Deceptive Practice: The Mysteries and Mentors of Ricky Jay is the captivating result of this curious conundrum: a mesmerizing journey into the world of modern magic and the small circle of eccentrics who were its perpetual devotees. Award-winning co-directors Molly Bernstein and Alan Edelstein will join us for an informative and entertaining conversation on the making of a film about Ricky Jay, master magician, actor, artist, enigma.

“He puts on a smashing show, whether on or off the stage… Mr. Jay proves a hugely entertaining guide…” – Manohla Dargis, The New York Times

“A riveting look at Mr. Jay’s arduous, arcane pursuits through the prism of those who taught and inspired him to be one of the world’s great magicians. Some of his illusions are so stunning that they leave spectators teary-eyed – out of amazement, or perhaps fear.” – Robert P. Walzer, Wall Street Journal 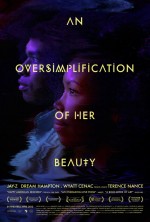 You’ve just arrived home after a bad day. You’re broke and lonely, even though you live in the biggest and busiest city in America. You do, however, have one cause for mild optimism: you seem to have captured the attention of an intriguing young lady. You’ve rushed home to clean your apartment before she comes over. In your haste, you see that you’ve missed a call. There’s a voice mail; she tells you that she won’t be seeing you tonight. With arresting insight, vulnerability, and a delightful sense of humor, Terence Nance’s explosively creative debut feature, AN OVERSIMPLIFICATION OF HER BEAUTY, documents the relationship between Terence and a lovely young woman (Namik Minter) as it teeters on the divide between platonic and romantic. Utilizing a tapestry of live action and various styles of animation, Nance explores the fantasies, emotions, and memories that race through his mind during a singular moment in time.  He joins us this Friday for a lively conversation on his award-winning film.