Set over the course of a weekend tournament for chess software programmers thirty-some years ago, COMPUTER CHESS transports viewers to a nostalgic moment when the contest between technology and the human spirit seemed a little more up for grabs. We get to know the eccentric geniuses possessed of the vision to teach a metal box to defeat man, literally, at his own game, laying the groundwork for artificial intelligence as we know it and will come to know it in the future.  Director Andrew Bujalski (Funny Ha Ha, Beeswax) joins us for a conversation on his spirited and engaging film about this pivotal moment at the dawning of the computer age.

★★★★“(A) rather brilliantly conceived study. …About as perfect a rendering of the era as you could ask for…the acting is uniformlysuperb: every twitch, every stumble, every stutter is deployed with absolutely plausibility. Bujalski really has pulled off something extraordinary here… As an act of cultural archeology I can think of few better.” – Andrew Pulver, The Guardian 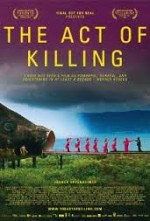 Anwar Congo and his friends have been dancing their way through musical numbers, twisting arms in film noir gangster scenes, and galloping across prairies as yodelling cowboys. Their foray into filmmaking is being celebrated in the media and debated on television, even though Anwar Congo and his friends are mass murderers. The Act of Killing is a journey into the memories and imaginations of the perpetrators, offering insight into the minds of mass killers. And The Act of Killing is a nightmarish vision of a frighteningly banal culture of impunity in which killers can joke about crimes against humanity on television chat shows, and celebrate moral disaster with the ease and grace of a soft shoe dance number. Director Joshua Oppenheimer joins us to talk about how the making of this remarkable documentary changed his life.

“I have not seen a film as powerful, surreal, and frightening in at least a decade… unprecedented in the history of cinema.” – Werner Herzog

“Like all great documentaries, The Act of Killing demands another way of looking at reality. It starts as a dreamscape, an attempt to allow the perpetrators to reenact what they did, and then something truly amazing happens. The dream dissolves into nightmare and then into bitter reality. An amazing and impressive film.” – Errol Morris

“If we are to transform Indonesia into the democracy it claims to be, citizens must recognize the terror and repression on which our contemporary history has been built. No film, or any other work of art for that matter, has done this more effectively than The Act of Killing. [It] is essential viewing for us all.” – National Human Rights Commission of Indonesia 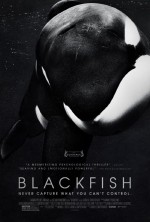 Many of us have experienced the excitement and awe of watching 8,000-pound orcas, or “killer whales,” soar out of the water and fly through the air at sea parks, as if in perfect harmony with their trainers. Yet, in our contemporary lore this mighty black-and-white mammal is like a two-faced Janus—beloved as a majestic, friendly giant yet infamous for its capacity to kill viciously. Blackfish unravels the complexities of this dichotomy, employing the story of notorious performing whale Tilikum, who—unlike any orca in the wild—has taken the lives of several people while in captivity. So what exactly went wrong? Director Cowperthwaite stops by to talk about her powerful documentary that challenges us to consider our relationship to nature and reveals how little we humans have learned from these highly intelligent and enormously sentient fellow mammals.

Blackfish, a documentary by Gabriela Cowperthwaite, puts the “killer” back into killer whales by indicting those sea parks that, in her well-chronicled estimation, place profit above safety.  Peter Rainer, Christian Science Monitor

Its] argument never fails to be gripping, its structure perfectly executed to maximize its persuasiveness. Tomas Hachard, NPR

Meet a theme-park phenom in the form of the killer whales (orcas in the trade) on view in Gabriela Cowperthwaite’s gripping mindbender of a documentary. Peter Travers, Rolling Stone 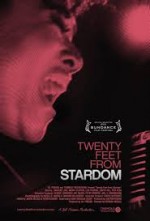 Millions know their voices, but no one knows their names. In his compelling new film TWENTY FEET FROM STARDOM, award-winning director Morgan Neville shines a spotlight on the untold true story of the backup singers behind some of the greatest musical legends of the 21st century. Triumphant and heartbreaking in equal measure, the film is both a tribute to the unsung voices who brought shape and style to popular music and a reflection on the conflicts, sacrifices and rewards of a career spent harmonizing with others. The film features many of the greatest singers behind the greatest music of our time. Darlene Love, Merry Clayton, Judith Hill, Claudia Lennear, Lisa Fischer and Tata Vega. Director Morgan Neville (Troubadours) joins us for a conversation on the pitfalls and triumphs of being a backup singer.

“Just about everything in this movie is right. And anybody who gives a rip about unsung heroines of popular music and giving credit when credit’s overdue had better come up with a good excuse not to see it.” – Michael Phillips, Chicago Tribune

“I have rarely seen a movie that better expressed the revivifying nature of music. – Peter Rainer, Christian Science Monitor

“This generous, fascinating documentary about the careers of backup singers, most of them African-American women, seeks to rewrite the history of pop music by focusing attention on voices at once marginal and vital.” – A.O. Scott, New York Times

“An exquisitely rendered look at the dialectics of celebrity and artistry, luck and hard work, its conversation laced with smart observations about race and gender.” – Earnest Hardy, Village Voice 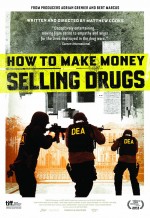 A shockingly candid examination of how a street dealer can rise to cartel lord with relative ease, How to Make Money Selling Drugs is an insider’s guide to the violent but extremely lucrative drug industry. Told from the perspective of former drug dealers, and featuring interviews with rights advocates Russell Simmons, Susan Sarandon, and David Simon (creator of “The Wire”), the film gives you the lessons you need to start your own drug empire while exposing the corruption behind the “war on drugs.” Director Matthew Cooke stops by to talk about the insanity that is the current war on drugs and the making of this trenchant film.

“A smart, funny, tough-minded film crammed with data and personal anecdotes. It argues for a radical, compassionate rethinking of the country’s approach not only to the drug war but to addiction itself.” – Village Voice

“Strikingly clear-eyed about the allure of drug dealing, the rampant demand for illegal substances, the horrors of addiction, and the hypocrisy of government drug policy…with its calm focus and emotional wallop, its argument has rarely been so effectively rendered.” – Screen Daily

“An articulate, bracing, and fitfully enraging distillation of the history behind and controversy surrounding this decades-long conflict and one that might stand a chance at affecting discourse and policy.” – Slant Magazine