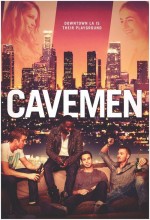 Cavemen follows LA playboy Dean (Skylar Astin) who is fed up with one-night-stands and empty relationships and realizes that he wants something more out of life than just a party. With a little inspiration from his nine-year-old nephew and his best friend Tess (Camilla Belle), Dean decides to try his hand at finding true love for the first time – which proves to be much more difficult than he thought in modern-day Los Angeles. First-time director Herschel Faber stops to talk about his breezy comedy and being able to give a low budget film a high end look.

For more Cavemen info and screenings go to: wellgousa.com/theatrical/cavemen 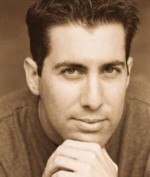 Christopher Lennertz is a composer, producer, conductor, and arranger for film, television, video games, and records. He first made a splash with his breakout score for Alvin and the Chipmunks. Since then he’s proven his steadfast talent through films like the highly anticipated star-studded comedy Horrible Bosses, and the recent box office smash Hop. Lennertz has worked with distinguished artists such as Basil Poledouris, Michael Kamen, Ozomatli, The RZA, and Alien Ant Farm. His groundbreaking collaboration with Ozomatli on their record Street Signs garnered a Grammy Award for Best Latin Rock Album. Lennertz recently composed the music to the film Ride Along.  Lennertz also composes all the episodic music for ABC’s hit TV series Revolution. Chris talks about the artistic flexibility needed in composing for film, TV and video games. 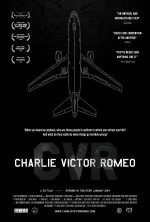 When you board an airplane, who are those people in uniform to whom you entrust your life? What do they really do when things go horribly wrong? Derived  entirely from the “black box” transcripts of six major airline emergencies, Charlie  Victor Romeo puts the audience inside the tension-filled cockpits of actual flights in  distress, offering a fascinating portrait of the psychology of crisis and a person’s  will to live to the last second. Co-director Patrick Daniels joins us for a conversation on this intriguing and compelling look at the humanity, ingenuity and determination of people facing unimaginable circumstances.

“[This] chilling and groundbreaking production stretches the boundaries of film, theatre, and the traditional documentary with this stereoscopic 3-D film of a stage play that recreates transcripts word for word. Charlie Victor Romeo transports film audiences into the best seats of the theatre and delivers the intensity and gut-wrenching emotion of these emergencies via the unique approach of live performance.” – Shari Frilot, senior programmer Sundance Film Festival & New Frontier

Charlie Victor Romeo defies one convention after another: A thriller with arthouse bona fides, minimalist in design but shot in 3D, it brings the original 1999 play to the screen in a fashion that’s stagebound yet otherworldy. – John Anderson, Variety

For information and updates for Charlie Victor Romeo go to: charlievictorromeo.com 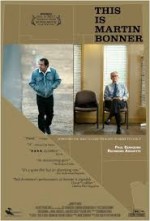 THIS IS MARTIN BONNER is a warm and perceptive meditation on friendship, human connection and getting a second chance at life. Fifty-something Martin Bonner (Paul Eenhorn) leaves his old life behind and relocates to Reno, where he finds work helping released prisoners transition to life on the outside, while trying his hand at speed dating and passing time as a soccer referee on weekends. Meanwhile, Travis Holloway (Richmond Arquette) has just been released from prison after serving 12 years. Surprising both of them, Travis and Martin form an unlikely friendship that offers them reciprocal support and understanding. Director Hartigan stops by to talk about the challenges and rewards of micro-budget and introspective storytelling.

“A mood piece, a character study and an exercise in poetic gesture possessed of a sort of evanescent, secular spirituality. Chad Hartigan’s second feature is Americana of a very immediate sort, a tale of redemption that may leave its viewers with an uncanny sense of peace.” – John Anderson, Variety

“Wonderfully acted and something of a minimalist masterpiece, is a striking, moving ode to lives lived day to day, even hour to hour, in which the smallest gesture has the power to make one hopeful for the next, like a small fire gently stoked.” – Robert Abele, Los Angeles Times

“The writer and director, Chad Hartigan, transforms the potentially maudlin premise into a luminous reach for grace. As the spare, sharp dialogue and tensely searching performances elicit lives filled with pain and loss, Hartigan’s images (realized by the cinematographer, Sean McElwee) capture a serene spiritual bounty that shines through the daily grit and grind.” – Richard Brody, The New Yorker

For more on This is Martin Bonner go to: martinbonner.com/

or the This is Martin Bonner film distributor – Monterey Media 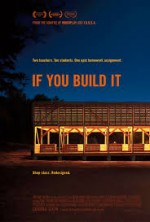 From the director of WORDPLAY and I.O.U.S.A. comes a captivating look at a radically innovative approach to education. IF YOU BUILD IT follows designer activists Emily Pilloton and Matthew Miller to rural Bertie County, the poorest in North Carolina, where they work with local high school students to help transform both their community and their lives. Living on credit and grant money and fighting a change-resistant school board, Pilloton and Miller lead their students through a year-long, full-scale design and build project that does much more than just teach basic construction skills: it shows ten teenagers the power of design thinking to re-invent not just their town but their own sense of what’s possible. Director Patrick Creadon joins us for a conversation on the universal power of creativity.

“A heartening story about the power of design!”– SLATE

“Well crafted and unexpectedly moving … [Patrick] Creadon is shaping up to be an unpredictable yet dependently intelligent documentarian.” – VARIETY

“The film’s charm is in watching these unlikely kids, quietly dream up big ideas, gaining confidence in their newfound abilities every step of the way.” – INDIEWIRE

For more news on If You Build It go to: ifyoubuilditmovie.com/ 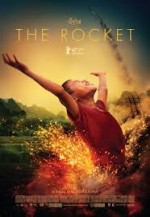 A ten-year old boy named Ahlo is believed to bring bad luck and is blamed for a string of disasters. When his family loses their home and are forced to move, Ahlo meets the spirited orphan Kia (9) and her eccentric uncle Purple: an ex-soldier with a purple suit, a rice-wine habit and a fetish for James Brown. Struggling to hang on to his father’s trust, Ahlo leads his family, Purple and Kia through a land scarred by war in search of a new home. With remarkable access to real rituals and festivities in the mountains of Laos, the film is a unique view into a world never seen on film before. Featuring an extraordinary leading performance from gutsy former street kid Sitthiphon Disamoe as Ahlo, the film also stars veteran actor and comedian Thep Phongam as a damaged but humorous ex-soldier who becomes a mentor to our young protagonist. Director Kim Mordaunt joins us to talk about the challenges filming in a country with virtually no film industry and the  international political issues that inform this remarkable film.

“The Rocket is… at its strongest the story is a seamless melding of history’s dark undertow and a child’s indefatigable optimism.” Sheri Linden, Los Angeles Times

“Disamoe demonstrates the resourcefulness he learned during a period when he was a street seller and beggar. It’s his exuberant performance, as much as the pungently naturalistic setting, that lifts The Rocket’s scenario above the generic.” Mark Jenkins, NPR 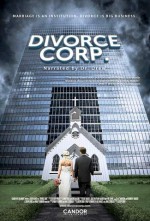 More money flows through the family courts, and into the hands of courthouse insiders, than in all other court systems in America combined – over $50 billion a year and growing. Through extensive research and interviews with the nation’s top divorce lawyers, mediators, judges, politicians, litigants and journalists, DIVORCE CORP. uncovers how children are torn from their homes, unlicensed custody evaluators extort money, and abusive judges play god with people’s lives while enriching their friends.  Joseph Sorge, director of the eye-opening documentary, Divorce Corp. Joseph Sorge, director of this eye-opening documentary stops by for a conversation on the extent to which this issue touches the lives of millions of American families every day.

For more information and updates on Divorce Corp go to: divorcecorp.com

“An audacious doc that explores how divorce in America became a $50 billion-a-year industry. At first we think, “It’s the lawyers, stupid!” But the director, Joe Sorge, targets the egregiously unregulated family-court system, with its conflicts of interest between lawyers and judges that wind up draining couples’ bank accounts. The film asks: Isn’t there something wrong in a system that hurts those who are already suffering?” —Owen Gleiberman, Entertainment Weekly 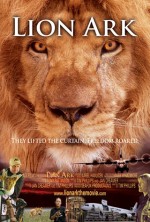 More action adventure than traditional documentary, LION ARK follows the world’s most ambitious and daring animal rescue, with a narrative meticulously compiled from film, interviews, conversations and the reactions of participants as events actually unfold. A shocking undercover investigation leads to a ban on animal circuses in Bolivia. But the circuses defy the law. The team behind the investigation returns, tracks down the illegal circuses and saves every animal. The confrontations, heartache and incredible risks the rescue team face are all captured before a joyous finale sees 25 lions airlifted to freedom in Colorado. An uplifting story of bravery, compassion, camaraderie and determination. How a poor but proud country said “no” to cruelty and how attitudes to animals were changed across an entire continent. Director Tim Phillips drops by to talk about the risks and rewards of his team’s harrowing adventure.

For information on the Irvine International Film Festival go to: irvinefilmfest.com