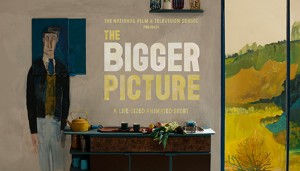 You want to put her in a home; you tell her; tell her now!’ hisses one brother to the other. But Mother won’t go, and their own lives unravel as she clings on. Innovative life-size animated characters tell the stark and darkly humorous tale of caring for an elderly parent. Daisy Jacobs is a British animation director, based in London. She studied at the National Film and Television School and at Central St Martins School of Art. The Bigger Picture is her MA graduation film. Previous films include Don Justino de 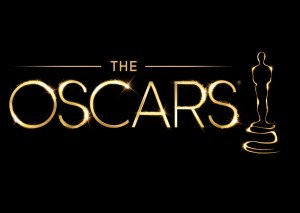 Nevem (2011) and Tosh (2012). In her films, Daisy has moved from 2D hand-drawn animation to a hybrid of stop- motion and life-size painted animation. In The Bigger Picture, two-metre tall 2D and 3D painted characters interact with real sets. Director / writer / animator Jacobs stops by to talk about her unique and compelling animated masterpiece. 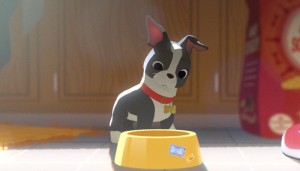 FEAST is a new short from first-time director Patrick Osborne (Head of Animation, PAPERMAN) and Walt Disney Animation Studios, is the story of one man’s love life as seen through the eyes of his best friend and dog, Winston, and revealed bite by bite through the meals they share. Osborne is behind Walt Disney Animation Studios’ new short FEAST, taking the film from conception to completion. Osborne joined Disney as an animator on the 2008 feature film BOLT and went on to work on the PREP & LANDING movies andDisney’s 2010 hit TANGLED. Osborne served as Head of Animation for Disney’s’ OSCAR®-winning short PAPERMAN, and acted as Co-Head of Animation for the upcoming feature BIG HERO 6 prior to assuming full-time directing duties for FEAST. Prior to joining Disney, the Cincinnati, Ohio, native was lead

character animator on THE CHRONICLES OF NARNIA: THE LION, THE WITCH AND THE WARDROBE. He also worked as an animator on I AM LEGEND, SuRF’S uP and OPEN SEASON. Osborne, who earned a BFA with a focus in computer animation from Ringling College of Art and Design, got his start as a kid making movies with his brothers on their parents’ camcorder. His fascination with visual effects was elevated to a career goal when his dad gave him a book about the making of JURASSIC PARK. Director Osborne joins us to talk about Oscar nominated film and the challenges and rewards of having the final say on his own animated film. 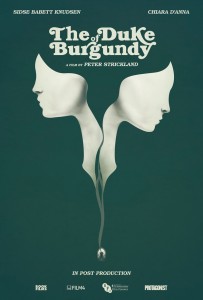 “Nothing if not a mood piece, but amid its atmospherics and winking asides, it’s also a fascinating portrait of a relationship.” – Sheri Linden, LA Times

“Leaves plenty to think about, but it’d be just as rewarding to turn off your mind and let the sounds and images wash over you like lapping waves.” – Matte Prigge, Metro

“At its core, this is one of the most incisive, penetrating, and empathetic films ever made about what it truly means to love another person, audaciously disguised as salacious midnight-movie fare.” – Mike D’Angelo, AV Club

“An act of cinephilic homage that transcends pastiche to become its own uniquely sensuous cinematic object …” – Scott Foundas, Variety

Beloved Sisters depicts the unconventional romance between two aristocratic sisters and a rebellious poet who took the European literary world by storm in the late eighteenth century.  As the German Enlightenment flourishes in Weimar, vibrant Caroline von Beulwitz (Hannah Herszsprung) finds herself in an unhappy marriage to provide for her mother and shy younger sister Charlotte von Lengefeld (Henriette Confurius).  When both sisters fall for outspoken writer Friedrich Schiller (Florian Stetter), their desire ignites a journey of shared passion and creativity.  Charlotte and Schiller marry so that the lovers may pursue their ménage à trois under the guise of convention, but as Caroline reveals herself to be a talented author in her own right, the trio’s fragile equilibrium is threatened and the sisters’ once unbreakable connection is irrevocably changed.   In this sweeping yet intimate romantic drama, which is also Germany’s official submission to the Academy Awards for Best Foreign Language Film, acclaimed director Dominik Graf illuminates the lives of two bold young women and one of classical literature’s most celebrated figures with charm and contemporary energy. Director Graf joins us to talk about his intimate, beautifully rendered film.

For news and updates on Beloved Sisters go to: musicboxfilms.com/beloved-sisters

“Enthralling and gorgeously mounted. An unusually intelligent costume drama of bold personalities torn between the stirrings of the heart and the logic of the mind.” – Scott Foundas, Variety

“Lush, riveting…a fascinating ménage a trois…a heady portrait of women who flout the strictures of their time to become agents of their own destiny.” – Erica Abeel, Huffington Post

“Think of it as Graf’s The Age of Innocence, a sumptuous phasing through the textures that entrap those unfit for times defined by emotional repression. See it when you most need it and this film might change your life.” – Scout Tafoya, RogerEbert.com 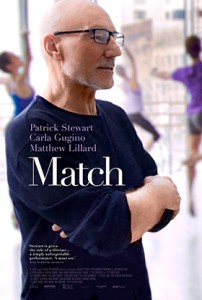 Patrick Stewart gives a captivating performance in this witty, emotionally gripping adaptation of director Stephen Belber’s own Tony Award-nominated play. Stewart stars as Tobi, an eccentric, pot-smoking Manhattan ballet instructor whose quiet life is interrupted by the arrival of a young couple (Carla Gugino & Matthew Lillard) from Seattle, presumably there to interview him about his colorful life as a dancer in the 1960s. As Tobi spins salacious tales from his former career, an ulterior motive for the couple’s visit emerges, forcing the trio to confront a secret that may connect them all. Driven by Stewart’s tour-de-force performance, Match moves masterfully between razor-sharp comic banter and heartrending poignancy. Director Stephen Belber stops by Film School for a conversation on adapting his own play for the big screen.

For news and updates on Match go to: ifcfilms.com/films/match

“…this is Stewart’s show, and it’s a dynamite role for anyone, never mind the screen’s beloved Professor Xavier.” – The Playlist

“Stewart is given the role of a lifetime… a simply unforgettable performance. A must see.” – Pete Hammond, Deadline