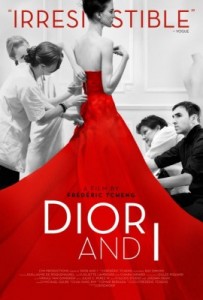 Dior and I brings the viewer inside the storied world of the Christian Dior fashion house with a privileged, behind-the-scenes look at the creation of Raf Simons’ first haute couture collection as its new artistic director – a true labor of love created by a dedicated group of collaborators. Melding the everyday, pressure- filled components of fashion with mysterious echoes from the iconic brand’s past, the film is also a colorful homage to the seamstresses who serve Simons’ vision. Dior and I director Frédéric Tcheng is a French-born filmmaker. Originally trained in civil engineering, he moved to New York City in 2002 to attend Columbia University’s film school, from which he obtained a Masters of Fine Arts in 2007. He co- produced, co-edited and co-shot Valentino: The Last Emperor (directed by Matt Tyrnauer), the 2009 hit documentary shortlisted for the Best Documentary Oscar. He is the co-director (with Lisa Immordino Vreeland and Bent-Jorgen Perlmutt) of DIANA VREELAND: THE EYE HAS TO TRAVEL, a Samuel Goldwyn release. Director Tcheng joins us to talk about his enthralling behind the scenes look at the iconic fashion institution, its founder, the talented men and women who make it work and the “new” guy in the world of haute couture.

For the latest news and updates go to: diorandimovie.com

“A piece of superb filmmaking that opens a window into a hidden world.” – Independent

“If the ungodly star-driven media frenzy that surrounds the spring collections of the great Paris houses like Christian Dior is the public face of designer fashion, “Dior and I” shows us that what goes on behind the scenes is even more intriguing.” – Kenneth Turan, LA Times

“The drama of getting new dresses on the runway turns out to be transfixing, while the hero redefines the notion of intense.” Joe Morgenstern, Wall Street Journal

“’Dior and I’ intimately demonstrates the tricky balance between art and commerce, between perpetuating a mythology while attending to the bottom line, and doing it with the pressure of a ticking clock.” – Christy Lemire, RogerEbert.com

What if the greatest chemical disaster of our time didn’t involve oil spills or nuclear meltdowns? Instead, it was much lower levels of exposure, inflicted over several generations and affecting every person on the planet. The result: Rising rates of everything from cancer to infertility. This is the shocking reality explored in The Human Experiment, a look at the personal costs associated with the chemicals in our most common household products. The film follows a band of unlikely activists who are fighting back. Ranging from Howard, a conservative businessman, to Maria, a Latina house cleaner, they are staking their lives on this battle to protect our health. And their opposition is goliath. The powerful and well-funded chemical industry is heavily invested in maintaining the status quo, pulling unseen strings to create an aura of skepticism and confusion. It’s an emotionally and politically charged showdown and the stakes couldn’t be higher – for these activists on the front lines and for every one of us. Academy Award®-winning actor and filmmaker Sean Penn is executive producer and narrator of the compelling new documentary film about the thousands of untested chemicals in our everyday products. Have we all become unwitting guinea pigs in one giant human experiment? The Human Experiment co-director / co-producer Dana Nachman, – co-director / co-producer Don Hardy – talks about the insidious impact of chemicals in our daily lives.

“A must see… It might just turn you into an activist.” – Boulder Weekly

“An Inconvenient Truth, but about chemicals”- PureWow.com

“It may leave many bases uncovered (a section on groundbreaking European legislation is inadequately explained), but it will also leave you looking a lot more closely at what you put on your skin, in your mouth and underneath your sink.” – New York Times

“Gradually marshals its arguments and evidence in such a way that it ends being compelling and illuminating for viewers who are more interested in useful information than artful presentation.” RogerEbert.com

“A cautionary expose’ making a convincing argument that consumers would be very wise to learn all they can about the ingredients in the products they buy.” Kam Williams, Baret News 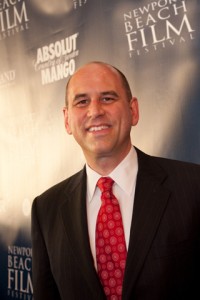 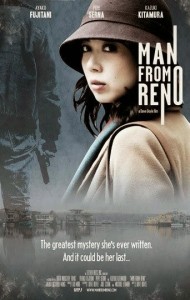 In a small town south of San Francisco, Sheriff Paul Del Moral (Pepe Serna) is driving home through the fog when he accidentally strikes a pedestrian, a lone Japanese man.  However, before an investigation can take place the man disappears from the hospital without a trace. At the same time, Japanese mystery author Aki Akahori (Ayako Fujitani) takes a trip to San Francisco in order to escape the press tour for her latest book–a potboiler in her world famous “Inspector Takabe” series. Feeling lonely and vulnerable, she begins a romantic affair with a mysterious Japanese traveler from Reno (Kazuki Kitamura). Her new lover is charismatic and charming but abruptly disappears from the hotel, leaving behind his suitcase and a trail of questions. Director Dave Boyle joins us to talk about his beautifully crafted noir-ish, bilingual thriller.

For news and updates on Man From Reno go to: manfromrenomovie.com

“”Man From Reno” fascinates. It invites you to go back, decipher its clues and discern a grand design, if there is one.” – Stephen Holden, The New York Times

“Man from Reno seems primed to become a cult hit, and fans will be justly singing its praises for many years to come.” – Dan Schindel, Movie Mezzanine 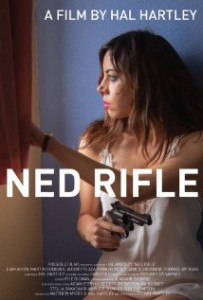 Ned Rifle is the third and final chapter of Hal Hartley’s tragicomic epic which began with Henry Fool (1998) and continued with Fay Grim (2007). At once a saga concerning the Grim family of Woodside Queens and how their lives are turned upside down by the arrival of the self-proclaimed genius, Henry Fool, the trilogy is also an illustration of America’s grappling with ideas, art, politics, and religion over the course of twenty years. In this swiftly paced and expansive conclusion, Henry and Fay’s son, Ned, sets out to find and kill his father for destroying his mother’s life. But his aims are frustrated by the troublesome, sexy, and hilarious Susan, whose connection to Henry predates even his arrival in the lives of the Grim family. A funny, sad, and sexy adventure, Ned Rifle is an intellectually stimulating and compassionate satire. Hartley is an American filmmaker who attracted considerable attention in the early 1990’s with such films as Trust (1990), Simple Men (1992), and Amateur (1994) featuring Isabelle Huppert, often cited for their dialogue that is both humorous and philosophical. He has made twelve feature films, won awards at Cannes and Sundance, and staged theater and opera on occasion. He runs his company, Possible Films, from his base in New York City. Director Hartley joins us for a conversation on filmmaking, music and his desire to challenge an audience with his own approach to satire, conflict and redemption.

For news and updates on Ned Rifle and other Hartley films go to: possiblefilms.com/2014/08/ned-rifle/

“(W)hen the writer-director is on his game, as he is in “Ned Rifle,” the effect is bizarre black comedy that is designed to set you thinking about what his satire is really saying.” – Betsy Sharkey, LA Times

“For all the evident despair, Hartley can’t repress his love of cinema; the comic dialogue sings and many of the images have a fragile beauty.” – Ben Sachs, Chicago Reader