ACASA, MY HOME is set in the wilderness of the Bucharest Delta, an abandoned water reservoir just outside the bustling metropolis, Radu 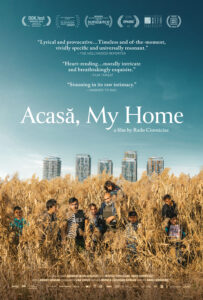 Ciorniciuc’a striking debut feature documentary follows the Enache family. The Enache’s have lived in perfect harmony with nature for two decades, sleeping in a hut on the lakeshore, catching fish barehanded, and following the rhythm of the seasons. When this area is transformed into a public national park, they are forced to leave behind their unconventional life and move to the city, where fishing rods are replaced by smartphones and idle afternoons are now spent in classrooms. As the family struggles to conform to modern civilization and maintain their connection to each other and themselves, they each begin to question their place in the world and what their future might be. With 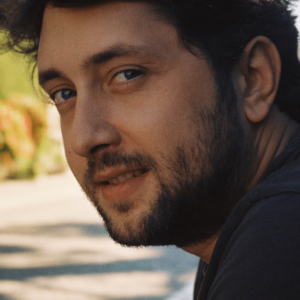 their roots in the wilderness, the nine children and their parents struggle to find a way to keep their family united in the concrete jungle. With an empathetic and cinematic eye, ACASA, MY HOME filmmaker Radu Ciorniciuc offers viewers, in his feature debut, a compelling tale of an impoverished family living on the fringes of society in Romania, fighting for acceptance and their own version of freedom. Director Radu Ciorniciuc stops by to talk about his profoundly personal exploration into the insulated and untamed lives of the Enache family as they navigate the grinding reality of an urban existence that threatens to tear them apart.

For news and updates go to: zeitgeistfilms.com/film/acasamyhome

About the filmmaker – In 2012, Radu Ciorniciuc co-founded the first independent media organization in Romania – Casa Jurnalistului, a community of reporters specialized in in-depth, long-form and multimedia reporting. Since then, he has been working as a long-form writer and undercover investigative reporter. His researches are focused on human rights, animal welfare and environmental issues across the globe. His investigative and reporting work was published on most of the major international media organizations in the world – Channel 4 News, The Guardian, Al Jazeera, etc. – and received national and international awards. His journalistic work was acknowledged by Royal Television Society UK (2014), Amnesty International UK (2014), Harold Wincott Awards for Business, Economic and Financial Journalism (2016), and by other international and national prestigious institutions.

“It’s both intimate and analytical, a sensitive portrait of real people undergoing enormous change and a meditation on what that change might mean.” – A.O. Scott, New York Times

“The secret of this beautiful, bittersweet film about a group of people like no other is that, in the end, it’s all so shockingly relatable.” – Bilge Ebiri, New York Magazine/Vulture