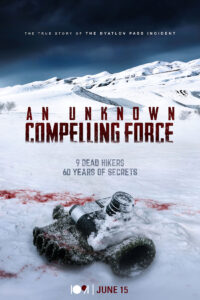 COMPELLING FORCE is the True Story of the Dyatlov Pass Incident, known as Russia’s greatest unsolved mystery. In 1959 a group of student hikers were attempting a difficult winter expedition in the remote Ural Mountains of Russia when an unknown event lead to the mysterious deaths of all nine. When the team failed to report back, search parties lead by the Soviet Government and fellow students uncovered the grizzly remains of the hikers. Found a mile from their shredded tent, they seemingly fled into the freezing temperatures without their winter clothes or boots. Adding to the mystery, many of the bodies had suffered brutal and inexplicable injuries, and some even showed traces of radiation. The case was 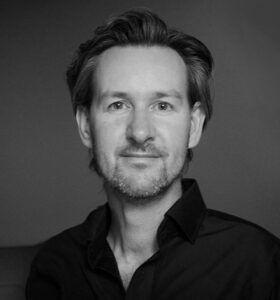 closed by investigators at the time, stating that the hikers died from “An  Unknown Compelling Force.” For more than 60 years the story has been shrouded in mystery and conspiracy theories, suggesting everything from UFO’s, murder to a

Soviet Government cover-up. British adventure filmmaker Liam Le Guillou travels under the radar to Russia in search of answers. Braving the dangerous conditions and hundreds of kilometers in sub-polar conditions, Director Liam Le Guillou and his team attempts to reach the very location of the incident, a place the locals call “The Dead Mountain.” To uncover the truth, the film also speaks to experts in the U.S. including a former FBI Agent and the former Marin County Coroner to finally reveal the stunning truth of The Dyatlov Pass Incident.

For news and updates go to: 1091.tv/an-unknown-compelling-force

For more about the film distributor go to: 1091pictures.com

An Unknown Compelling Force will be available digitally to purchase or rent on June 15th.

Director’s Statement – Have you ever fallen down the rabbit-hole of an internet mystery so hard that you dropped everything and set off around the world to find the truth? Neither had I, until I discovered the Dyatlov Pass Incident, and it changed my life forever. Reading through hundreds of online articles and blog posts, and watching hours of online YouTube videos, I realized that everyone was repackaging the same tired “facts” of the case. The brutal injuries found on the bodies of the hikers fueled wild theories including UFOs, military weapon tests, and even an attack from the Russian Yeti! Finding officially verifiable information was almost impossible, and it was driving me crazy. That’s when I managed to make contact with the founder of the Dyatlov Foundation in Yekaterinburg, Russia. Yuri Kuntsevich was willing to help me on my journey to find answers in this highly unusual case. I realized that the opportunity for an adventure of a lifetime had just opened its doors to me. That’s how An Unknown Compelling Force was born, but the decision to go to Russia and attempt to reach the Dyatlov Pass was not taken lightly. The site of the incident is deep in the Ural Mountains, where the average temperature for our expedition would be -13F / -25C. And I still didn’t know what actually caused the hikers’ deaths, or even if there was still a threat at the place known by the locals as “The Dead Mountain.” The driving force behind my choice to take that risk was my need to separate fact from fiction, and to try to make some sense of this terrible and enduring mystery. The hikers diaries, which were found in the abandoned tent, gave me insight into their friendships and their love of adventure. And as I followed in their footsteps, their words and photos gave me a deeper understanding and connection to their journey. For me, An Unknown Compelling Force is both a documentary that dispels the wild myths of the case and brings us closer to the truth. But most importantly, it’s a story about the real people who lost their lives in search of an adventure. – Liam Le Guillou

About the filmmaker – Director Liam Le Guillou, grew up on the British island of Jersey, where he began his career in television news and documentary. Based in the U.S. since 2012, Liam has filmed and produced many adventurous short-form documentaries around the globe for major digital platforms and commercial brands. An Unknown Compelling Force, is Liam Le Guillou’s first feature length documentary, combining his interest in true crime stories and adventure travel. For more go to: liamleguillou.com

“Just a brutal story and an extremely interesting doc.” – Anne Brodie, What She Said

“Serves as a relatively comprehensive primer for the mystery, while also humanizing the victims” – Patrick Cavanaugh, ComicBook.com