Andorra, a tiny, independent country situated between France and 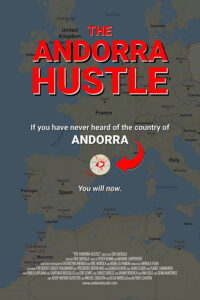 Spain in the Pyrenees mountains with a total population of 80,000 people found itself at the center of one of the most convoluted and outrageous bank robberies in modern history: on March 10, 2015, Banca Privada d’Andorra (BPA), a private bank in Andorra, was shut down by Spanish, American, and Andorran governments in Spain’s efforts to destroy the Catalonian Independence Movement thus leaving dozens of innocent civilians facing prison for money laundering crimes that never existed, and scores of innocent families have had their entire life savings stolen from them. The incentive for the Spanish government to destroy BPA was part of Spain’s ongoing “Operation Catalonia”—a covert state-sponsored war-like operation meant to undermine the progress of Catalonia’s efforts to separate from Spain due to generations of

humanitarian and economic repression Madrid has inflicted upon Catalonia. America’s incentive was to protect Spain’s interests, as they are an ally of the United States. Andorra’s incentive appears to be purely economical on behalf of its leadership.  Director Eric Merola, (Burzynski, Second Opinion: Laetrile at Sloan-Kettering, Burzynski: The Cancer Cure Cover-Up, and The God Cells) joins us to talk about this shocking, but true story of an international banking system, and a regulatory oversight regime that is only incidentally concerned with banking integrity or financial criminality.

For news and updates go to: andorrahustle.com

Merola Productions is proud to present the VOD release of THE ANDORRA HUSTLE, a documentary film written and directed by the award-winning filmmaker Eric Merola. The film will be available for streaming on Amazon Prime on September 4, 2020.

About the filmmaker – Eric Merola is an internationally award-winning documentary filmmaker. For the last decade Eric has directed and produced four documentaries exploring disruptive scientific technologies in the space of medical research. All of his documentaries can be viewed on Amazon Prime Video Merola’s 5th documentary, The Andorra Hustle, releases worldwide in English, Spanish, and Catalan on Amazon Prime Video.  Merola’s first documentary, Burzynski: Cancer Is Serious Business was an international success seen by tens of millions of people worldwide. This project was presented on Netflix, PBS, The Documentary Channel, and various international television outlets. The positive reception of the Burzynski story led Merola to produce its sequel, Burzynski: Cancer Is Serious Business, Part II Merola’s third documentary, Second Opinion: Laetrile At Sloan-Kettering tells the story of Ralph W. Moss, PhD, who blew the whistle on the successful laetrile studies conducted for 5 years at Sloan-Kettering Cancer Center in New York City in the 1970s. Today, Eric Merola is most passionate about investigating fetal stem cell therapy, where he spent four years researching and releasing his most recent documentary, The God Cells: A Fetal Stem Cell Journey. Merola continues to follow new patients who seek fetal stem cell treatment and share their stories. Merola feels that fetal stem cells could be the most disruptive technology he’s discovered in the medical research space, potentially replacing nearly every pharmaceutical medication on the market. Eric is also a painter and fine art currently holding a residency at the 18th Street Studios in Santa Monica.