The Film Festival Alliance announced it will team with Theatrical-At-Home to present the inaugural Film Festival Day on Saturday, April 11. 30 FFA member film festivals will 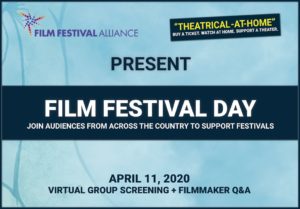 participate in a virtual screening of Gary Lundgren’s PHOENIX, OREGON, which will benefit each of the film festivals with a share of the evening’s proceeds.

Film fans from across the country will be able to select their festival of choice when purchasing tickets and box office revenue will be generously split with that organization. All ticket purchases will receive a one-time link to watch the movie 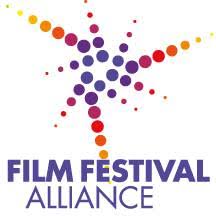 at home as well as a free digital copy upon its official release this summer. Film festivals across the nation have endured more than 175 cancellations, postponements and quick pivots in the wake of COVID-19, with an estimated economic impact of more than $1.4 million for this group of organizations alone. Of the participating festivals, which come from 19 states, they have combined audiences of more than 200,000, support more than 5,500 filmmakers and collectively screened over 3,700 films in the last year.

Gary Lundgren’s PHOENIX, OREGON is about two friends, a graphic novelist and a chef, 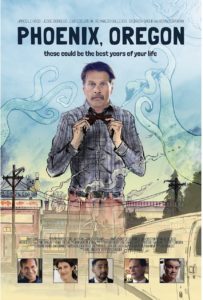 ABOUT FILM FESTIVAL ALLIANCE  Film Festival Alliance creates a collaborative global community for mission-driven film festivals. FFA advocates for a sustainable and inclusive environment for our industry within the cinema exhibition ecosystem and creates a powerful

collective voice for film festivals and the people who run them. Founded in 2010 as a program of IFP, Film Festival Alliance (FFA) was established in 2015 as an independent non-profit networking organization, and now serves a membership of more than 180 organizations and individuals – representing a diverse

array of size, geographic location and annual budget. FFA presents year-round professional development, and engagement opportunities around the country, offers valuable money-saving benefits and creates a collective community for festival professionals. FFA works year-round to celebrate and support the art of film, filmmaking and film presentation by connecting festival professionals with one another, and with other industry stakeholders including the greater filmmaking community.