Hail Satan? chronicles the extraordinary rise of one of the most colorful and controversial religious movements in American history, Hail Satan? is an inspiring 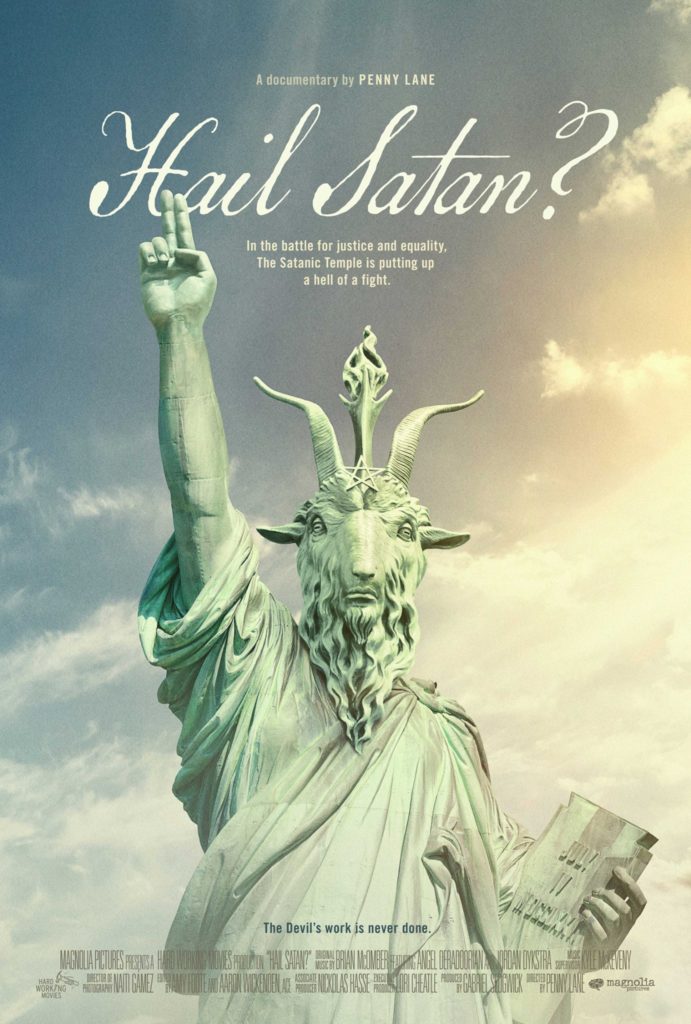 and entertaining new feature documentary from acclaimed director Penny Lane. When media-savvy members of the Satanic Temple organize a series of public actions designed to advocate for religious freedom and challenge corrupt authority, they prove that with little more than a clever idea, a mischievous sense of humor, and a few rebellious friends, you can speak truth to power in some truly profound ways. As charming and funny as it is thought-provoking, Hail Satan? offers a timely look at a group of often misunderstood outsiders whose unwavering commitment to social and political justice has empowered thousands of people around the world. But with their numbers swelling and

dozens of new chapters forming in cities across the globe, increased threats of violence against Satanists and disagreements within the group’s own ranks complicate the Temple’s work. As a complex and costly legal battle erupts over a similar Ten Commandments monument in Arkansas, Greaves, Blackmore, and their fellow Temple members struggle to adjust to the movement’s explosive popularity while maintaining the integrity of their core beliefs. Director Penny Lane (Nuts!, Our Nixon) once again joins us for a lively discussion on Satanic beliefs, Lucien Greaves, Jex Blackmore and the creative and subversive strategies for preserving many deeply held patriotic ideals.

For news and updates go to: hailsatanfilm.com

For more on the filmmaker go to: pennylaneismyrealname.com

“Lane sets out to subvert American history with intelligence and wit. Here, she asks us to question why certain religions are deemed “normal,” even though, notes one Temple member, Catholic mass is all about the symbolic drinking of blood.” – Amy Nicholson, Variety

“”Hail Satan?” finds that simply presenting reason and historical precedent proves to be audacious and Lane follows the lead of her subjects in showing that it can be done with enormous amounts of fun.” – Stephen Saito, Movable Feast

“Wickedly funny, fascinating and niftily made, this crowd-pleaser will reign at festivals and prove, yet again, that the devil always has the best tunes.” – Leslie Felperin, Hollywood Reporter