In BILLBOARD Casey Lindeweiler (John Robinson) inherits WTYT 960 from his legendary radioman father only to discover that it’s on the brink of financial collapse. To right the sinking 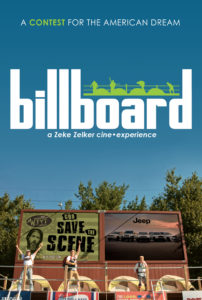 ship, Casey pulls out the oldest trick in radio, the wacky contest. His grand plan is to host a billboard sitting contest where four people will live on a catwalk in front of a billboard for the chance of winning a mobile home and “nine-sixty thousand” dollars. Unprepared for the spotlight, Casey rises to the challenge of running a business but is faced with relentless attacks from his competition (Eric Roberts), the local authorities, the media, and mother nature herself. Casey struggles to keep his father’s legacy alive while fighting to stay independent.  BILLBOARD is inspired by an actual billboard-sitting contest Zelker recalls from his youth. BILLBOARD, which stars: John  Robinson (Elephant, Lords of Dogtown). Heather Matarazzo (Welcome to the Dollhouse, The Princess Diaries), Eric Roberts (The Dark Knight, Grey’s Anatomy), Leo Fitzpatrick (Kids, 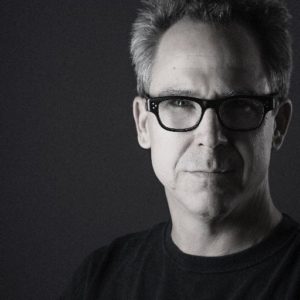 Bully), Darlene  Cates  (What’s Eating Gilbert Grapes, Picket Fences), and Oakes Fegley (Pete’s Dragon, This is Where I Leave You). A long-time pioneer in what has been called “transmedia” entertainment, Zelker is committed to changing the face of film. The “Billboard cine•experience,” tells variations of its story in different ways per medium, which is something unique and not yet fully embraced by the mainstream movie industry. Zelker  explores multiple sides of the narrative and is unafraid to push traditional boundary lines between truth and fiction; all while enabling audiences to become a part of the story. The innovative filmmaker Zeke Zelker joins us to talk about his approach to creating an entire cinematic eco-system and why it is so important for filmmakers to seek out new ways of engaging an audience.

For news and updates go to: billboardmovie.com   Or to keep track of WTYT 960