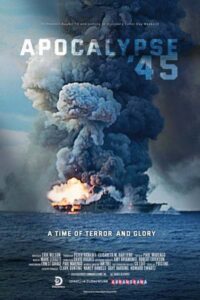 expanse of the final months of the War in the Pacific. Very little of this material has ever been screened, and none of it has ever been digitally restored, frame by frame, to 4K. Because of Apocalypse ‘45 another treasure was uncovered and restored — astonishing new footage captured by legendary director John Ford. In essence, a “lost film” by Ford, it depicts the ruins of the Pacific Fleet, and the terrible aftermath of the surprise attack on Pearl Harbor. Also driving the narrative of Apocalypse ‘45 are recently completed interviews with two dozen men who lived through these nightmarish events. All of these men were in their mid to late 90’s, with the oldest, B-29 pilot Thomas Vaucher, 101 years old at the time of his February 2020 interview. Apocalypse ‘45  documents events from the flag raising at Iwo Jima in February to the harrowing kamikaze attacks and vicious ground combat at Okinawa in April to the first test 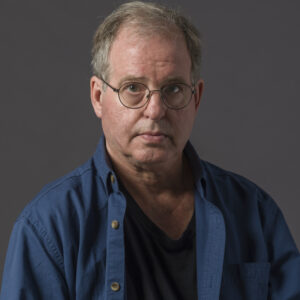 of the atomic bomb in the remote deserts of New Mexico on July 16th. In addition, we witness the air war over Japan in the summer of 1945, and perhaps most astonishingly, the still burning ruins of Hiroshima and Nagasaki, when a U.S Army medical camera crew photographed the devastation to both the city and its inhabitants. Director Erik Nelson (Grizzly Man, A Gray State, Cave of Forgotten Dreams), joins us to talk about the recent discovery of “lost” film, access to hundreds of hours from the National Archive, his conversations with the men who fought in the Pacific and the fate of the American Empire.

For news and updates go to: discovery.com/shows/apocalypse-45

To watch Apocalypse ’45 go to: abramorama.com/apocalypse45

“As you watch “Apocalypse ’45,” the story of what war is only becomes deeper.” – Owen Gleiberman, Variety

“A fascinating look at the final months of the brutal War in the Pacific [that] stands apart from most other takes on the subject.” – Peter Sobczynski, RogerEbert.com

“A stately, somber reminder of the soul-scarring god-awfulness of war and its catastrophic consequences, and a heartfelt salute to those who answered the call of something much bigger than themselves.” – Neil Pond, Parade Magazine