In contemporary rural Iceland, a wayward 9-year old girl, Sól, is sent to distant countryside relatives for a summer to work and to mature. Nature seems 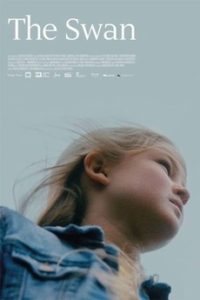 endless there, the animals soulful but the people harsh. All except the mysterious farmhand Jón, who – as Sól herself – likes words better than people. But the farmers’ daughter Ásta has a claim on Jón as well, and soon Sól becomes entangled in a drama she hardly can grasp. This summer marks Sól’s rite of passage into the murky waters of

adulthood, and the wild nature in us all. Director and screenwriter  Asa Hjorleifsdottir stops by for a conversation on directing a first-time actor in the lead role, returning to her own childhood community and Icelandic traditions.

“Anchored by a remarkable child’s performance, The Swan is a sensitive example of an overlooked element in coming-of-age films: awakening to the outside world.” – Serena Donadoni, Village Voice

“It’s that forceful central performance that really makes The Swan special, together with Martin Neumeyer’s atmospheric but never overbearing cinematography, which brings out the light as well as the darkness in the hills.” – Jennie Kermode, Eye for Film

“A coming-of-age drama that’s as beautiful and brutal as the remote, rural landscape of northern Iceland where it takes place.” – Christy Lemire, RogerEbert.com