“The Man Who Loves To Hurt Himself,” follows the turbulent musical journey of Today is the Day enigmatic legendary frontman and founder, Steve Austin. Ride along as 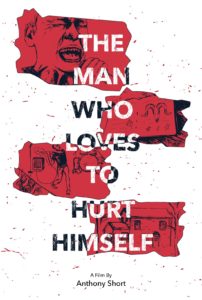 Austin’s first person account brings balance to these opposing forces, reckoning and stretching himself from the drive to create his musical vision, engaging and performing intense shows around the world, to being home with his wife and children. How one near-death experience led him to connect with the love of his life and begin the transition, fulfilling his destiny as a loving family man while completing his mission to bring relief his followers and overcome being the man who loves to hurt himself. “The Man Who Loves to Hurt Himself” is a loose but subdued methodic subtlety of the movie stands in sharp contrast to an artist known in the worldwide underground of extreme music for abrasive, loud, chaotic spectacle neo-violent imagery a slow, brooding and emotional 93-minutes that covers a year of conversations and ride-a-longs with the casual aesthetic of natural conversation supported by raw grainy fan shot footage, old pictures, personal home videos, career spanning amulets, in a self examination of the psyche of a modern-day “madman” and “master.” Director Anthony Short joins us for a conversation on connecting with a singular music savant / philosopher / survivor.

For news and updates go to: tmwlthh.com

Follow The Man Who Loves to Hurt Himself on Social Media