Raceland is the story of Blake and Lloyd, two old friends from the bayou. As kids 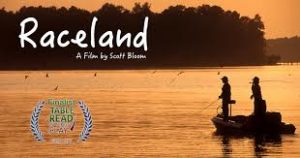 they were thick as thieves and had the kind of close friendship that songs are written about. After being separated for a number of years, they’ve rekindled their friendship anew, present day. During a day of fishing, Lloyd is tragically injured and Blake steps up to nurse

him back to health. It’s during their concentrated time alone together that they realize the love they had for each other back when they were kids, did not disappear… it’s just buried under years of social cues and macho veneer. Director, Producer and Writer Scott Bloom joins us to talk about the story behind Raceland, his own transition from documentary to narrative filmmaking and the film’s premiere at the Dances with Films Festival.

For news and updates go to: tragoidia.com 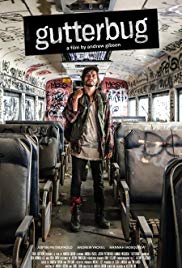 demands of conformity. After running away from home, Bug finds his place in the underbelly of society, among the counter culture of anti-establishment street punks. He is driven by conflict: between morality and survival, life and death, love and anger, being a decent person and not giving a fuck. Homelessness, mental health, drug addiction, family and violence will carry our plot. His desire to cut ties with his past life is outweighed by a powerful pull back to true north, brought on by a series of sentimental flashbacks which spark a journey back to his family. Back to

the only thing that makes life worth living. He could do without the possessions and he could do without a house, but he sees it is impossible to live without a home. Today is Bug’s birthday, this is his story. Director and writer Andrew Gibson stops by to talk about the guerrilla filmmaking that brought Gutterbug to life, hanging out with the “right” crowd and the upcoming West Coast premiere at the Dances with Films Festival Wednesday, June 19 at the TCL Chinese Theatre in Hollywood.

For news and updates go to: facebook.com/gutterbug

Screening at this year’s Dances with Films, Cowboy and Preacher comes face-to-face with the  degradation of the environment as the most daunting crisis facing 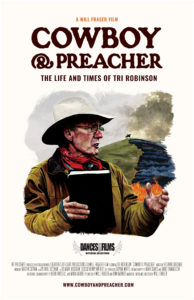 humankind. If that isn’t enough, many people oppose action to save the environment or deny there is even a problem. Some of the most vocal and powerful of these people are conservative Christians in the USA. Tri Robinson, a conservative evangelical pastor but also life-long environmentalist, has battled throughout his life to show that Christianity and environmentalism are not mutually exclusive. In fact, environmental stewardship is demanded by Christianity – “with dominion comes responsibility”. Most environmental films are framed for a liberal audience and preach to the converted. This film addresses “unconverted” Christians, while offering liberal non-Christians a fascinating insight into evangelical values and mindset as Tri, at work on his ranch or church, builds up a Biblical

case for environmentalism emphasizing respect and responsibility that flies in the face of many on either side. This film is absolutely timely – the destruction of the environment is the most important issue facing all people, and many politicians and voters need to face it. Director Will Fraser (The Genius of Cavaillé-Coll, Martinkerk Rondeau) stops by to talk about breaking down the barriers that are keeping many from an honest conversation on the looming challenge of climate disruption and the impact Tri Robison has had on his own path to spiritual commitment.

For news and updates go to: cowboyandpreacher.com