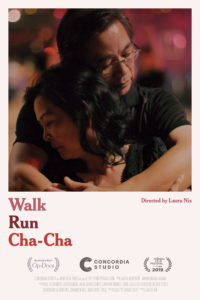 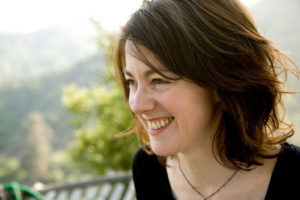 It all began when a group of cheerful, subversive filmmakers weren’t accepted into the Sundance Film Festival. Unwilling to take “no” for an answer, they instead

started their own event – Slamdance: Anarchy in Utah. 26 years later, Slamdance has become a year-round organization fostering the development of unique and innovative filmmakers. The organization now consists of the Film Festival, Screenplay Competition and Slamdance Studios. It has also created Slamdance On The Road, a traveling theatrical showcase that brings popular Slamdance films to audiences that otherwise would not have the opportunity to see them. Dan Mirvish, Jon Fitzgerald, Shane Kuhn and Peter Baxter are the founding forefathers who, along with co-conspirator Paul Rachman, fought for truly independent filmmakers by giving them a voice in 1995 at the very first Slamdance Film Festival. Since then, the festival takes place every January in the breathtakingly stunning, snow-capped mountains of Park City, Utah at the exact same time as the Sundance Film

Festival, to provide a more authentic representation of independent filmmaking. Up-and-coming writers, directors and producers, alongside seasoned veterans and film lovers, converge for the weeklong celebration of independent cinema, realizing that Slamdance is a great place to find those next, great, visionary films. Slamdance lives and bleeds by its mantra By Filmmakers For Filmmakers. No other film festival in the world is entirely run and organized by the creative force that can only be found in filmmakers. Slamdance adamantly supports self-governance amongst independents, and exists to deliver what filmmakers go to festivals for – a chance to show their work and a platform to launch their careers. The festival has earned a solid reputation for premiering films by first-time writers and directors working within the creative confines of limited budgets. Co-founder and President Peter Baxter joins us to talk about this year’s Slamdance, the groundbreaking films and the innovative new distribution and digital initiatives being launched by Slamdance.

For news and updates go to: slamdance.com

Check out the film schedule at slamdance 2020 schedule

In tennis, measurement – specifically, judging whether a ball is in or out – is particularly crucial. The new ESPN Films 30 for 30 Short, SUBJECT TO REVIEW takes a close look at not just 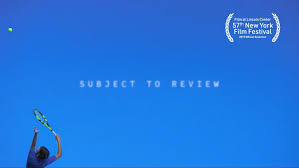 the technology that’s been developed to determine the right calls with better accuracy, but the meaning and significance of that pursuit. The film, directed by Theo Anthony (“RAT FILM”) will air Sunday, Dec. 22, at 3 p.m. ET on ESPN. Tracing the history of photographic review back more than a hundred years, and chronicling controversial moments before and after the age of review in tennis, SUBJECT TO REVIEW explores the mechanisms of the cameras and computerized simulations that now serve as the final word on close calls – but also the limits of the veracity of those calls. Ultimately, it’s a story about technology in sports – but also a study of what we want from our machines, and our minds, well beyond any court of play. “’Subject to Review’ is about how some images are made and why they’re made that way,” said director Anthony. “It’s a film about the inescapable rift between the world and how we image that world. I hope that audiences can take this small exercise in critical curiosity beyond the world of tennis, giving audiences a little space to look differently at the world.” Theo Anthony joins us to talk about the complex relationship between flawed human judgement and the “certainty” of technology.

About the Filmmaker – Theo Anthony is a writer, photographer, and filmmaker whose films

SUBJECT TO REVIEW will air on ESPN beginning Sunday, December 22, at 3 p.m. (Eastern)

In October of 1974 the body of Rachel Heller, a female IDF solider, is found in the sand dunes of Caesarea. She’s completely naked, except for a single sandal and a bra 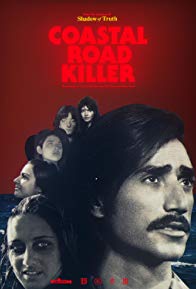 strap tied tightly around her neck. The investigation leads nowhere, until a young man by the name of Amos Baranes storms into a local police station, claiming he knew the victim and wants to help find the person responsible. He’s arrested and after 3 days of interrogations, he confesses to the murder. Coastal Road Killer is a riveting multi-part series examines whether a serial killer, who was never brought to justice, was behind a string of murders that occurred in Israel between the late 70s and early 80s and whether they might still be on the loose. Coastal Road Killer was created by Yotam Guendelman, Mika Timor and Ari Pines, the team behind   Shadow of Truth, the story of the 2006 murder of Tair Rada, a 13-year old Israeli girl, which became one of Netflix’s most-watched true crime docs. Coastal Road Killer

explores the connection between storytelling and truth. Very much like Shadow of Truth, the filmmaking is aimed at showing us how easily we can be manipulated into believing a certain

narrative, only to have it completely deconstructed in the next few frames.  Co-directors Yotam Guendelman and Ari Pines stop by to talk about their riveting multi-part series investigative expose that through diligent research and forensic experts uncover new, credible evidence that raises a possible serial killer who has, so far, avoided responsibility for their crimes.