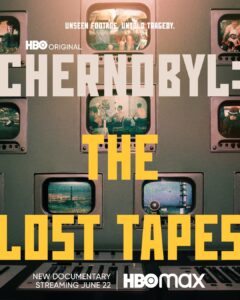 THE LOST TAPES, is the powerful and at times graphic film that tells the story of the disaster and its far-reaching ripple effects entirely through extraordinary and immersive footage, shot on site in the hours, days, weeks and months following the accident. As soldiers, pilots and miners were called on to help contain the radiation at huge physical risk, the Soviet apparat continued to deny and distort the enormity of the situation. Deeply personal witness testimony contextualizes the tragedy, providing an overview of life in Chernobyl before the meltdown and harrowing details of its aftermath. Government propaganda films illustrate the Soviet Union’s pride in its 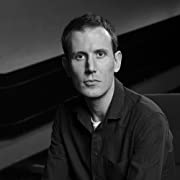 nuclear program and news reports show President Gorbachev’s delayed and mendacious announcements to his trusting countrymen. Thirty-six years after the Chernobyl nuclear reactor exploded in Soviet Ukraine, newly uncovered archival footage and recorded interviews with those who were present paint an emotional and gripping portrait of the extent and gravity of the disaster and the lengths to which the 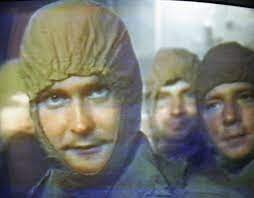 Soviet government went to cover up the incident, including the soldiers sent in to “liquidate” the damage. CHERNOBYL: THE LOST TAPES is the full, unvarnished true story of what happened in one of the least understood tragedies of the twentieth century. Director James Jones (Mosul) joins us for a conversation on why this man-made disaster holds lessons for people today regarding disinformation and its deadly consequences, the very real dangers that shadow the hundreds of nuclear power currently operating around the world and the arrogance of unchecked power and unaccountable political leadership.

For news and screenings go to: hbo.com/chernobyl-the-lost-tapes

About the filmmaker – James Jones is an award-winning British director who makes documentary films for international television and theatrical release. He has just finished a feature documentary about Chernobyl and is currently working on a series for Apple TV.His documentaries tell extraordinary human stories from all over the world with compassion and sensitivity. The films combine journalistic rigor with a distinctive cinematic sensibility. He has made films about police shootings in America, the drugs war in the Philippines, suicide in the military, wars in Ukraine, Iraq, and Gaza, and riots in the UK. They have been shown on the BBC, Channel 4, Sky, PBS, Netflix and HBO. His films have won two Emmys, three DuPonts, a Grierson, a Rory Peck, a Frontline Club, a Royal Television Society, a Broadcast Award, two Overseas Press Club of America, two Golden Nymphs, Best UK Feature at Raindance, and a Venice TV Award, as well as being nominated five times at the BAFTAs. His film on the drug war in the Philippines – On The President’s Orders – for Frontline PBS, ARTE France, BBC Storyville and Bertha Doc Society, described by Variety as “a wholly cinematic, sensory experience”, played at festivals and won awards around the world. For more: jonesfilms.net

“A vivid portrait of the human cost for malfeasance and authoritarianism.” – Noel Murray, Los Angeles Times

“It’s less concerned with the tapes themselves than with the act of bearing witness.” – Ben Kenigsberg, New York Times

“An important and sickening story told by the surviving workers and civilians with archival film and audio effectively illustrating a story to remember.” – Peter Canavese, Celluloid Dreams

“It’s a difficult watch, but Chernobyl: The Lost Tapes is one of the year’s best documentaries.” – John Serba, Decider

“The Lost Tapes is a chronicle of folly, which makes it perversely fascinating and, one hopes, cautionary.” – John Anderson, Wall Street Journal