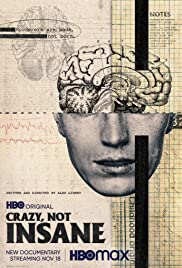 Not Insane asks the question, Why do we kill? Why do some of us kill, and others resist the temptation? What makes a serial killer? Dr. Dorothy Otnow Lewis, a psychiatrist who’s worked with numerous serial killers, including Ted Bundy, Arthur Shawcross and Joel Rifkin, has been looking to answer these questions for decades. Fascinated by the human brain and its capacity for

ruthlessness, she has spent her life investigating the interior lives of violent people. With each case, she came closer to developing a unified field theory of what makes a killer. Along the way – steering away from the conventional wisdom of her colleagues — she explored the world of multiple personality disorder.

Producer Ophelia Harutyunyan joins us in conversation on the groundbreaking work on trauma and abuse being done by Dr. Lewis and others, as well as the question of evil and its impact on the dispensation of justice in a secular system of justice.

For news and updates go to: jigsawprods.com/crazy-not-insane

“While the documentary might not convince those who prefer a black-and-white picture of crime and justice, for anybody with an open mind, it’ll definitely make you think.” – Brian Lowry, CNN.com

“A fascinating look at the human mind. Whether you agree or not will be irrelevant next to all the questions this HBO documentary asks.” – Nathaniel Muir, AIPT

“You may not agree with everything Dorothy Lewis says in “Crazy, Not Insane,” but you come out of the movie alive to the place where evil and insanity meet and then fall back apart.” – Owen Gleiberman, Variety