CRYSTAL SWAN is set in Belarus a few years after gaining independence in 1990. 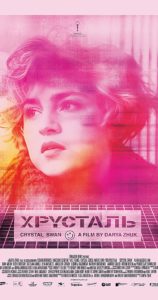 This vibrant debut feature film by director Darya Zhuk follows the path of young Velya (Alina Nasibullina), who dreams of moving to Chicago where she hopes to pursue her passion for house music.  However, obtaining a U.S. visa proves daunting. After purchasing blank letterhead and forging proof of employment, Velya realizes the American consulate plans to call the fake phone number on her application to confirm her employment. 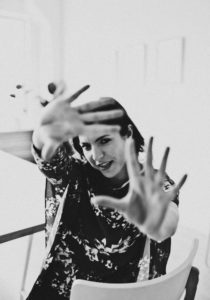 Velya’s only solution is to go to the small factory town and convince the family connected to the phone number to help her. She locates the cramped Soviet apartment on the other end of the line, overrun by a family preparing for the wedding of their son. But Velya’s presence soon

upends both the family’s and the town’s order, with potentially disastrous consequences for all. Director Darya Zhuk joins us to talk about where the story behind Crystal Swan came from, casting Velya and how her debut feature film reflects a story about a woman and her country, where feelings of self and belonging are yet to be defined.

For news and updates go to: loco-films.com/crystal-swan

Crystal Swan is available to watch on MUBI

Director’s statement – I’m a Belarus-born film director living in New York. I spent most of my young adult life straddling two worlds: the world of my freshly independent home-country, just starting to define its identity after the split from the Soviet Union, and my new home in America where I stayed after finishing an undergraduate degree at Harvard. Most of this straddling, I spent standing in long cues to the US Embassy in Minsk. I visited my parents a lot, and the visa requirements were quite brutal. It’s in this long line to the embassy that I first thought of Crystal Swan. People waiting on the permission to go to America were like prisoners waiting for the verdict, – they were so stressed out that they often shared their whole life stories with strangers next to them. I wanted to explore what this process of like. My protagonist Velya is a DJ dreaming to go to Chicago to visit the birthplace of house music. We meet her in one of these cues to the embassy. She is young and full of illusions, she still feels like she is the center of her world. She is an archetypal American character placed in the post-Soviet mess. Freedom she seeks is not available, and in the reality where she lives, the individualism doesn’t always win. Her beliefs and approach to life are constantly challenged with every step of her journey. Can she be a free agent in an unfree world? The unfreedom of people around is what stops my main character from reaching her goal. The history, the trauma of the previous history, catches up with her through the abusive actions of the people who surround her. – Darya Zhuk, Director, Co-screenwriter

“Crystal Swan feels like a poison-tipped letter from the filmmaker to her home country that is also an engrossing work of social criticism.” – Phil Guie, Film-Forward.com

Nasibullina, an actress with a lot of presence that dominates the screen at all times.” – Jaime Fa de Lucas, Culturamas

“While some nuances may go over the heads of international audiences, its core social and economic frustrations are universal ones, driven by Velya’s fundamentally sympathetic wanderlust.” – Guy Lodge, Variety

“[Crystal Swan] is so effective at capturing the hopefulness of someone who’s seized by the promise of a better life, and the desperation she feels when that promise starts to slip through her fingers.” – David Ehrlich, indieWire