The DREAM HORSE tells the inspiring true story of Dream Alliance, an 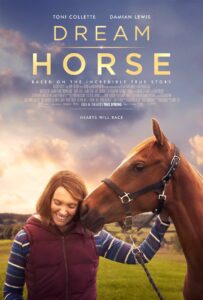 unlikely race horse bred by small town Welsh bartender, Jan Vokes (Academy Award® nominee Toni Collette). With very little money and no experience, Jan convinces her neighbors to chip in their meager earnings to help raise Dream Alliance in the hopes he can compete with the racing elites. The group’s investment pays off as Dream rises through the ranks with grit and 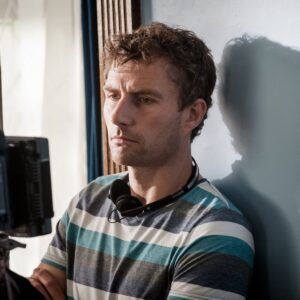 determination and goes on to race in the Welsh Grand National showing the heart of a true champion. Director Euros Lyn joins us for a conversation on the attraction that horses and horse racing’s has for filmmakers and film lovers, the superb cast of outstanding performances led by Toni Collette and Damian Lewis and the importance of establishing an upbeat and winning vibes that imbues every frame of DREAM HORSE.

For news and updates go to: bleeckerstreetmedia.com/dream-horse

Dream Horse opens in theaters on May 21

About the filmmaker – Euros Lyn studied drama at Manchester University and worked as an assistant director before directing the multi-BAFTA winning rebooted Doctor Who, including the Hugo award winning The Girl In The Fireplace. He has won BAFTA Cymru Best Director several times, most recently for Kiri with Sarah Lancashire.  Euros directed Fifteen Million Merits, part of the Black Mirror anthology for C4 which won an International Emmy for Best Drama Series. He directed three episodes of the opening season of Broadchurch, two seasons of Last Tango in Halifax, the pilot episode of Happy Valley and the single drama Damilola, Our Loved Boy, all four shows winning BAFTA awards. In 2015 he was the recipient of Bafta Cymru’s Sian Phillips award. The Library Suicides, a Welsh language thriller for BFI/ Film Cymru Wales/S4C/BBC Films/ Soda Pictures was released in theatres in August 2016.  He directed an episode of His Dark Materials for BBC/HBO and Dream Horse, a feature film starring Toni Collette, Damian Lewis and Owen Teale for Film4/Warner Bros/Bleecker Street premiered at the Sundance Film Festival in 2020 and is slated for theatrical release in 2021.  He is currently working on an adaptation of Alice Oseman’s  Heartstopper for Netflix/SeeSaw. For more go to: euroslyn.com

“Dream Horse’s careful navigation of the predictable is undoubtedly helped by its top-drawer cast and sparky dialogue, but it also does well at building tension throughout key race scenes.” – Tori Brazier, One Room With A View

“Like horseracing, filmmaking is a high-risk gamblers’ game, but the team behind Dream Horse, the resulting dramatization of the Vokes’ story, have surely bred a winner with this endearing, determinedly crowd-pleasing adaptation.” – Leslie Felperin, Hollywood Reporter

“The kind of unabashed crowd-pleaser that was made with care.” – Nick Allen, RogerEbert.com