For years, roller-skating rinks have been a constant for African-American communities across the U.S., serving as a meeting ground, a place to have fun 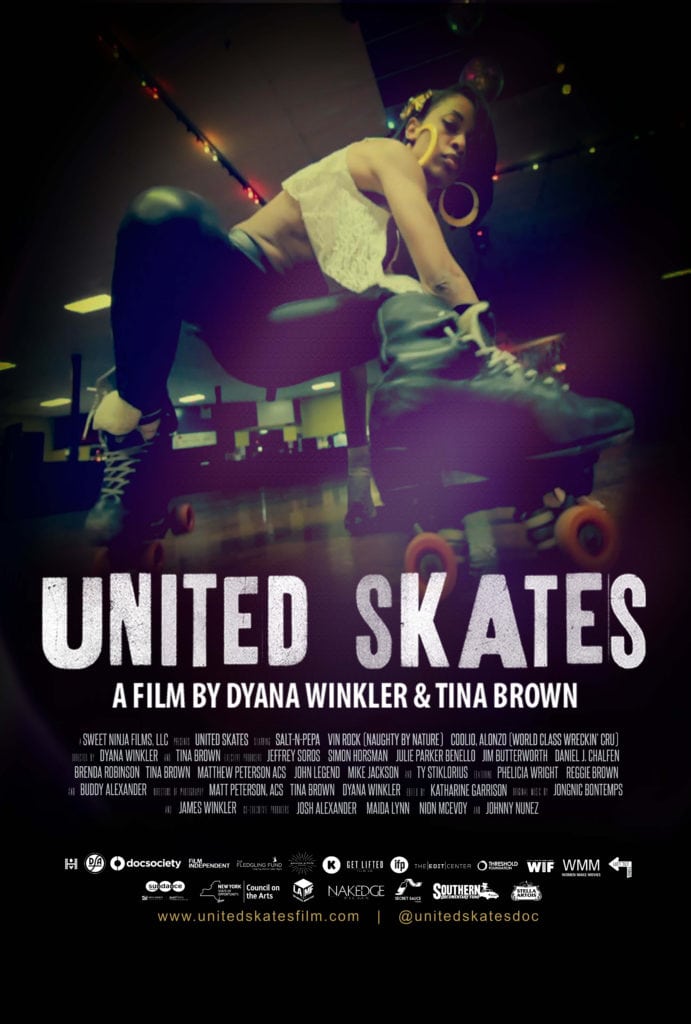 and an incubator of iconic hip-hop talents like Queen Latifah and N.W.A. As America’s last standing roller rinks are threatened with closure, a community joins forces in a racially charged environment to save the underground African-American subculture of roller skating, which has been overlooked by the mainstream for generations – yet has given rise to some of the world’s greatest musical talents. From executive producer John Legend and first-time directors Dyana Winkler and Tina Brown, the documentary UNITED SKATES highlights the dynamic world of roller skating, showcasing African-American rinks and skaters across the country as they fight to keep the culture alive and skate their hearts out. The film features interviews with hip-hop legends like

Salt-N-Pepa, Coolio, Vin Rock of Naughty by Nature and World Class Wreckin’ Cru. UNITED SKATES spotlights three skaters fighting for their community: L.A. native Phelicia, a single mom who grew up in skates and hopes to keep skating alive for her children; North Carolinian Reggie, who lives hours from any rink that offers a night for black skaters and vows to launch his own; and Buddy Love, the owner of Chicago-based Rich City Skate, who struggles to keep his rink open, despite financial pressure. Co-directors Tina Brown and Dyana Winkler stop by to talk about their infectious and insightful look at a facet of African-American life in danger of fading away.

For more news and updates go to: unitedskatesfilm.com

Check out United Skates on HBO

“This is a passion project in the best sense of the word, a movie in which the ingenuity and dedication of the filmmakers illuminate the same qualities in their subjects.” – Two Bugbee, New York Times

“…[an] exceedingly entertaining and genuinely revealing look into a roller-skating subculture that I frankly knew next to nothing about.” – Daniel Nava, Chicago Cinema Circuit

“This is a film that paints a humanizing portrait of an endangered form of expression, risked at the hands of the micro-racism and economic tribulations faced by the African-American community.” – Laura Birnbaum, Film Inquiry