Goldie is a star – well, not quite yet, but at least in the eyes of her little sisters 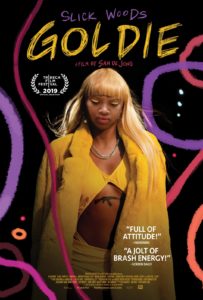 Sherrie and Supreme she is. The rest of the world is bound to take note soon too. Her big break surely awaits, she’s just got to pick up that golden fur coat she’s had her eye on first. And land a role as a dancer in a hip-hop video. And keep child welfare services from separating her from Sherrie and Supreme, after their mother is locked up. Holding onto those dreams isn’t easy when fate has placed such daunting obstacles in her path. With Goldie, Dutch director Sam de Jong has delivered a real New York film: raw and glamorous, unflinchingly realistic and relentlessly optimistic, with a ton of heart and at least as much attitude. Director / writer Sam de Jong joins us to talk about his tale of dreams, expectations and reality crash together in this verite explosion.

About the filmmaker: Director Sam de Jong
After graduating from the Dutch Film academy with the acclaimed “Magnesium” Sam went on to write and direct the short film “Marc Jacobs” and entered the Berlinale shorts competition in 2014. With largely the same cast he returned to Berlinale the next year with his first feature 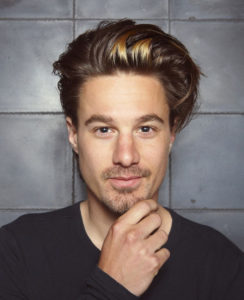 Prince. Prince opened the Generations 14 competition in 2015. After Prince, Sam went on to make Goldie with 20th Century Fox and Vice Films. His short work has been shown around the world at festivals like Sundance, Berlin and AFI fest. His first feature Prince was theatrically released in the Netherlands, the United States and in Mexico. His work is heavily influenced by present-day youth culture and studies the implications of growing up in the 21st century: in the face of our rapidly changing multi-ethnic society where pop culture is the new predominant religion. From a mash up of different genres, lavishly coated in bright esthetics, Sam wants to research the meaning of our quest for recognition and identity. Red Sand will be Sam’s first international co-production together with longtime collaborator HALAL. With this movie Sam wants to explore new themes and broaden his horizon.

For news and updates go to: filmmovement.com/goldie

“Suspension between can-do spirit and come-down reality pumps blood into the irrepressible heart of this scrappy tale, along with the natural charisma of model Slick Woods, making a disarming feature debut in the title role.” – David Rooney, The Hollywood Reporter

“Goldie (played by fashion model Slick Woods in her first movie role) is a lot like the film that bears her name: full of attitude, bursting with scrappy New York style, and stuck under the thumb of a merciless system that won’t let her shine like she knows she can. “ – David Ehrlich, IndieWire