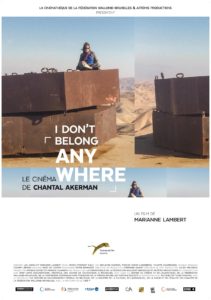 I DON’T BELONG ANYWHERE: THE CINEMA OF CHANTAL AKERMAN explores some of the Belgian filmmaker’s 40 plus films, and from Brussels to Tel Aviv, from Paris to New York, it charts the sites of her peregrinations. An experimental filmmaker, a nomad, Chantal Akerman shared with I DON’T BELONG ANYWHERE director Marianne Lambert her cinematic trajectory, one that never ceased to interrogate the meaning of her existence. And with her editor and long-time collaborator, Claire Atherton, she examines the origins of her film language, and aesthetic stance. I DON’T BELONG ANYWHERE includes excerpts from many films made throughout Akerman’s career, including JEANNE DIELMAN, 23, QUAI DU COMMERCE, 1080 BRUXELLES (1975), NEWS FROM HOME 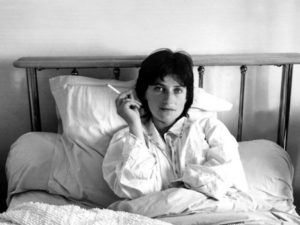 For news and updates go to: icarusfilms.com

“Offers an overview of Akerman’s career while showcasing the behind-the-scenes process of her work.” —IndieWire

“The least sentimental love letter you’ll ever come across.” —Vogue