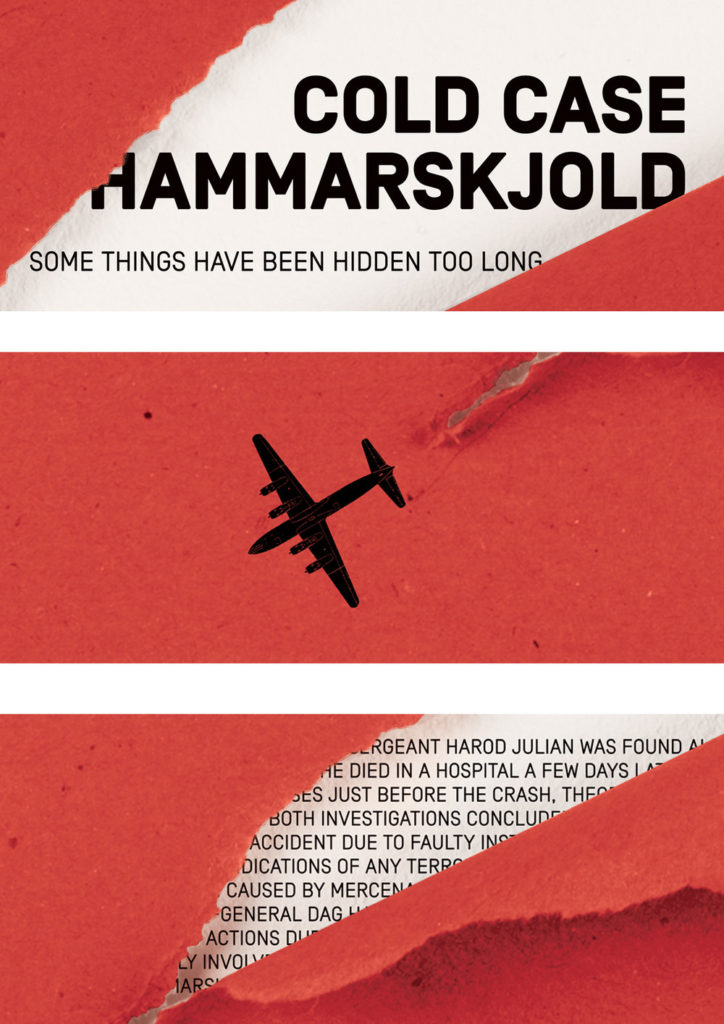 because Hammarskjöld was advocating for Congo’s independence (against the wishes of European mining companies and other powerful entities), the “crash” was an assassination. With the case still unsolved 50-plus years later, Danish journalist, filmmaker, and provocateur Mads Brügger (The Red Chapel, The Ambassador) leads us down an investigative rabbit hole to unearth the truth. Brugger, his Swedish private-investigator sidekick, Goran Bjorkdahl, and a host of co-conspirators tirelessly pursue a winding trail of clues, but they turn up more mysteries than revelations.

Scores of false starts, dead ends, and elusive interviews later, they begin to sniff out something more monumental than anything they’d initially imagined. In his signature agitprop style, Brügger becomes both filmmaker and subject, challenging the very nature of truth by “performing” the role of truth-seeker. As Brügger uncovers a critical secret that could send shockwaves around the world, we realize that sometimes absurdity and irony are the emboldening ingredients needed to confront what’s truly sinister. Director Mads Brugger joins us for a spirited conversation on his fantastic and fantastical, hell-raising cinematic shot across the colonialist bow.

For news, screenings and updates go to: coldcasehammarskjold.com

About Mads Brügger:  Brügger is a Danish journalist, television host, author, and filmmaker. He has written several books, worked for magazines and newspapers, produced

“A slow-building documentary mystery that sucks you in like a vortex. It offers several intertwined conspiracy theories, at least one of which, by the sternest reckoning, appears to be grounded in reality. Does that mean everything in the film is true? Maybe not. Yes ‘Cold Case Hammarskjöld’ is a singular experience that counts as one of the most honestly disturbing and provocative nonfiction films in years.” – Owen Gleiberman, Variety

“Either a stunning piece of investigative reporting that builds to a revelatory climax or a wily trickster’s dark critique of the audience’s desperate need for answers. Brügger is a journalist and a fabulist, a provocateur and a comedian.” – Daniel Fienberg, The Hollywood Reporter

“Brügger’s most rewarding film. The suspense grows so intense that – if a projector malfunctions at a certain moment towards the end of the movie – audiences may actually be incapable of returning to their regular lives without knowing what comes next. The truth is often stranger than fiction, but when the truth is a convoluted story of parapsychology, death cults, and mercenaries with mysterious code names like ‘Congo Red,’ perhaps it takes a strange angle to see it clearly.” – David Ehrlich, IndieWire