DRIVEN is a fast-paced, comedic crime thriller of a bromance gone wrong between 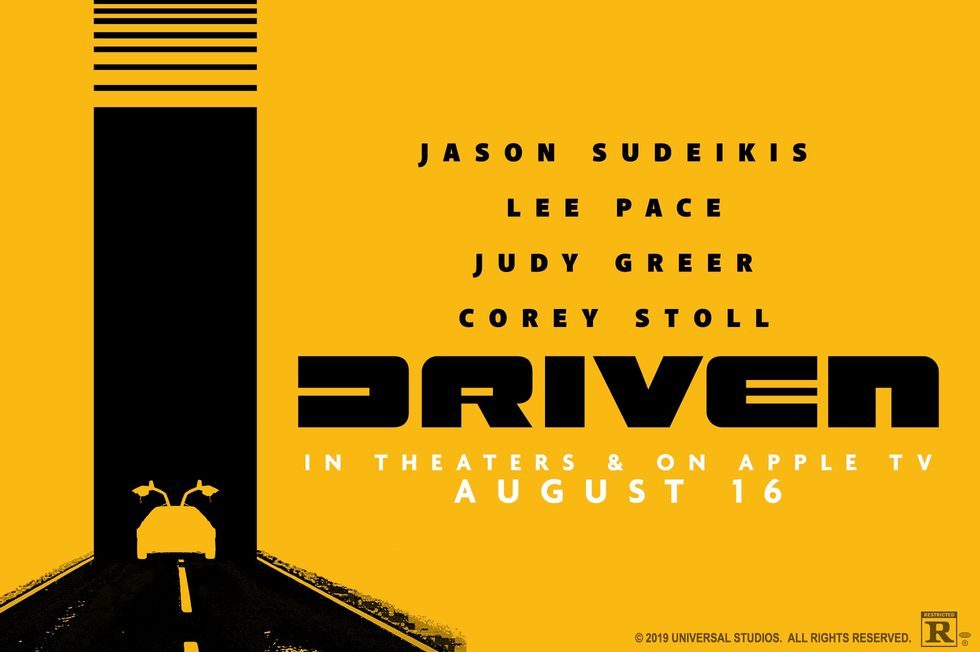 John DeLorean, played by Lee Pace (Captain Marvel, Guardians of the Galaxy, The Book of Henry), and Jim Hoffman, played by Jason Sudeikis (Colossal, Booksmart). Set in early 1980s California, the story follows the meteoric rise of the golden boy of the automotive industry, John DeLorean and his iconic DeLorean Motor Company, through the eyes of his friendship with charming, ex-con pilot turned FBI informant, Jim Hoffman. DeLorean turned to unsavory activities to save his financially troubled DeLorean Motor Company, and it was Hoffman who was all too willing to lure the car designer / engineer into a cocaine trafficking ring set up

by the FBI. Isabel Arraiza is Cristina DeLorean, DeLorean’s fashion model wife, Judy Greer (Ant-Man, Jurassic World, War for the Planet of the Apes) is Ellen Hoffman, Hoffman’s direct, no nonsense wife and Corey Stoll (First Man, Ant-Man, Midnight in Paris) is ambitious FBI Special Agent Benedict Tisa. Director Nick Hamm joins us for a conversation on the challenges of re-creating the time and place where the DeLorean / Hoffman took place and establishing a comedic tone that propels this highly entertaining story.

For news, screenings and updates go to: drivenmovie.us

“A joyride more interested in the journey than in any significant destination.” – Elizabeth Weitzman, TheWrap

“This is actually quite a fair amount of fun, due in no small part to the charms of Jason Sudeikis.” – Joey Magidson, Hollywood News

“Driven is a short and sweet supernatural romp that never gets boring and somehow manages to pack laughs into what could be a very intense storyline in another film.” – Lorry Kikta, Film Threat

“Once again, two fine central performances bring a clever Colin Bateman script alive, with Jason Sudeikis injecting a well of emotional depth to his portrayal of a scuzzy FBI informant with a small but troubling conscience.” – Lee Marshall, Screen International