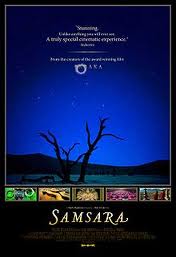 Expanding on the themes they developed in Baraka (1992) and Chronos (1985), Samsara explores the wonders of our world from the mundane to the miraculous, looking into the unfathomable reaches of man’s spirituality and the human experience. Shot in spectacular 70 mm film, Samsara is neither a traditional documentary nor a travelogue, it takes the form of a nonverbal, guided meditation. Samsara was shot in about 100 locations in 25 countries, and took four years to make. Director Ron Fricke will be joining us to talk about the motivation and challenges that went into the making of this powerful film.