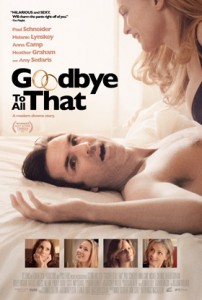 Paul Schneider (Parks and Recreation) stars as a newly single dad navigating the good, the bad, and the weird of the 30-something singles scene in this whip-smart comedy. When his wife unexpectedly informs him that she wants a divorce, well-meaning but oblivious husband Otto Wall (Schneider) finds himself thrust back into bachelorhood. Cue a hilarious sequence of romantic encounters—from reconnecting with a former crush to online dating—as Otto searches for the real thing amidst a string of one night stands. Directed by the acclaimed writer of Junebug, this sexy farce co-stars Anna Camp, Heather Graham, Amy Sedaris, and Melanie Lynskey. Director Angus MacLachlan joins us for a conversation on his first feature film’s exploration of maintaining relationships, love, perceptions and modern dating.

For news and updates on Goodbye to All That go to: ifcfilms.com/films/goodbye-to-all-that

“Goodbye to All That” is very evenhanded in assessing its characters’ flaws, and it never sentimentalizes.” – Stephen Holden, New York Times

“Goodbye To All That never dares to sentimentalize, but the performances and tones are so well played that the movie is tenderly wistful in all the exact moments.”– The Playlist