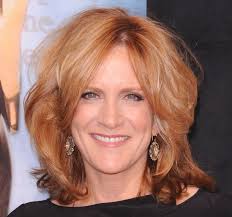 Carol Leifer began her career as a stand up comedian in such well know Manhattan comedy clubs as the Comic Strip, Catch a Rising Star and the Improv. Her “big break” came when David Letterman unexpectedly showed up at the Comic Strip and caught one of her performances. His visit led to twenty-five appearances on NBC’s “Late Night with David Letterman.” Carol has also appeared on The Tonight Show Starring Johnny Carson, Dr. Katz, Politically Incorrect, Hollywood Squares, Late Night with Conan O’Brien, and The Tonight Show with Jay Leno. Her hosting duties have included four seasons of A&E‘s Caroline’s Comedy Hour, as well as guest stints on Talk Soup and Later. She has also written for numerous Academy Awards shows. Carol joined the Seinfeld writing staff during its fifth season (1993–94), and wrote six episodes for the show between then and its seventh season (1995–96). She has been dubbed “the real Elaine,” the character having been partially based on her. After Seinfeld ended, Carol served as a writer and supervising producer on HBO’s critically acclaimed “The Larry Sanders Show. ” Despite her success in television, Carol has remained a fixture on the stand up circuit. “I’ve 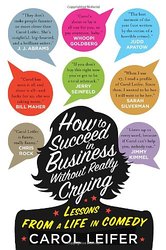 played every two-bit laugh shack across this great country of ours,” she quips. One highlight of Carol’s roadwork includes opening for Frank Sinatra at Bally’s Las Vegas. He was quoted after the show as saying “I wish my mother had been that funny. I wouldn’t have had to work so hard.” Carol joins us to talk about her second book, “How to Succeed in Business without Really Crying…Lessons From a Life in Comedy” her career and hosting the 30th Annual International Documentary Association Award show here in Los Angeles.

For news and updates on Carol Leifer go to: carolleifer.com

For news and updates on the International Documentary Association go to: documentary.org/