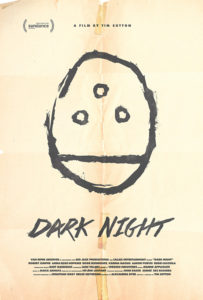 A haunting, artfully understated critique of American gun culture, Tim Sutton’s third feature is loosely based around the 2012 massacre in Aurora, Colorado that took place during a multiplex screening of “The Dark Knight Rises.” Employing a documentary-style technique and a cast of non- professional actors, DARK NIGHT follows the activities of six strangers over the course of one day, the shooter among them. Shot by veteran French DP Helene Louvart (PINA), DARK NIGHT is essential viewing, not only for art-house filmgoers, but for anyone invested in the debate over gun violence in America as well.  Helene Louvart has served as cinematographer on more than 65 feature films, 50 short feature films, documentaries, and television projects, including French director Agnès Varda “The Beaches of Agnès (French: Les plages d’Agnès) She won The César Award for Best Documentary Film in 2009. Also, she worked with Alice Rohrwacher, and shot the italian drama “The Wonders” (Italian: Le meraviglie) It was selected to compete for the Palme d’Or in the main competition section at the 2014 Cannes Film Festival, where it was awarded with the Grand Prix. “Dark Night” was her first collaboration with Tim Sutton. Tim Sutton is the writer and director of two critically acclaimed feature films. PAVILION was a New York Times Critic’s Pick in 2013 and MEMPHIS was the winner of the inaugural Ven- ice Biennale College-Cinema grant in 2013, had its world premiere at the 70th Venice Film Festival, and international premiere at the 2014 Sundance Film Festival. MEMPHIS was also selected as one of The New Yorker Magazine’s Top 10 Films of 2014. Director Tim Sutton joins us to talk about his hauntingly poignant meditation on American gun culture and the vulnerability of life.

For news and updates go to: cineliciouspics.com/dark-night

“A mysterious elegy of a film, pregnant with both the beauty of the everyday and the menace of impending violence.” – A.A. Dowd, A.V. Club

“Sundance at its best” – Manohla Dargis, The New York Times