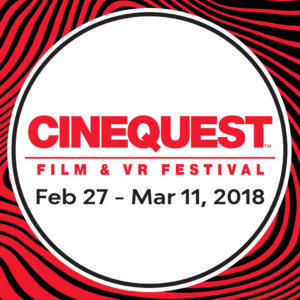 revolutionized film making, exhibition and distribution. Over 100,000 attend CQFF, yet the three-block proximity of its state-of-the-art venues along with Cinequest’s renowned hospitality, makes the festival experience as warm and personal as it is electrifying. Cinequest presents over 90 World and U.S. premieres with groundbreaking innovations by 700+ participating filmmakers from over 50 countries each year. Set in the home of the world’s most influential 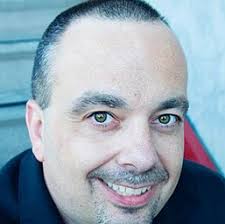 media technology companies (Apple, Cisco, Facebook, Twitter, Netflix, LinkedIn etc.) CQFF showcases premier films, renowned and emerging artists, and breakthrough technology—empowering global connectivity between creators, innovators and audiences. Michael Rabehl has been a member of the Cinequest team since 1994. As the Director of Programming he manages the film selection process for the festival and supervises the programming teams to create a world class line up of films and guests every year. In his role as the Associate Director he is directly involved with the strategic planning of the festival. Michael joins us to talk about the 2018 Conquest film and virtual reality line-up.

For news and updates go to: cinequest.org

“Move over Cannes! Of the more than 4,000 film festivals around the globe, more than half take place on U.S. soil, and many rank among the best of the best. Our panel of film experts, movie buffs and festival gurus were tasked with narrowing down the field to the best 20 film festivals in the nation before we turned it over to USA TODAY and 10Best readers to choose their favorites. After four weeks of voting, we have a winner. Cinequest Voted Best Film Festival!” — USA Today

“Technology always drives the film business. In Cinequest, we have a good window on the future. I think they’re leading the world in this regard.” — Peter Belsito, Executive Vice President, Film Finders

“This festival is one that sets the trends and is actually ahead of the trends. Other festivals are copying Cinequest; I see it all the time.” — Chris Gore, Ultimate Film Festival Survival Guide and Film Threat

“At Cinequest you often haven’t heard of the film before you go see it, but the audiences come anyway. That’s a testament to the festival — that audiences are willing to take that leap of faith.” — Kenneth Turan, Los Angeles Times