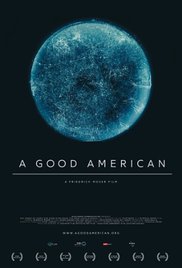 The explosion of information in the digital age left government agencies like the NSA struggling with bureaucracy and technology to keep up with the changing times. Responding to the challenge, NSA technical director Bill Binney and a small team of codebreakers develop ThinThread, an astonishingly effective data collecting and sorting program that also protects privacy. Despite its success, ThinThread is discontinued just weeks before September 11, 2001. After Binney and fellow intelligence officials challenge this decision, they find their world upended. The deeply disturbing journalistic docu-thriller about the system that could have prevented 9/11, but was stopped by lies and corruption at the NSA. The mass surveillance revealed by the whistleblower Edward Snowden was not the first scandal in the history of the American intelligence agency NSA. Friedrich Moser’s eye-opening A Good American soberly unfolds the deeply disturbing story of how corruption, lies and personal ambitions led to the closure of a cheap and effective monitoring system that demonstrably could have stopped the 9/11 terrorist attacks. The mind behind the ingenious system was former intelligence agent Bill Binney, whom Moser gives the opportunity to tell the whole story of how his brilliant system was abandoned in favor of an expensive, useless intelligence programm that in turn had the advantage of creating hundreds of jobs at the intelligence agency – and handsomely rewarded a number of former NSA employees. A Good American is a chilling docu-thriller of the most dizzying kind, and may well prove to be one of the year’s most important films. Director Friedrich Moser join us to talk about his compelling, frightening and essential documentary film.

For news and updates go to: agoodamerican.org

“Shocking, essential documentary looks at the shameful and avoidable failure of the NSA to prevent 9/11. All Americans (and everyone else) should see this film.” – MaryAnn Johanson, Flick Philospher

“A cautionary tale of a man who sought to protect the world with an ingenious creation that could be used for ill as well as good.” – Nick Schager, Variety

“A Good American” gets bogged down in details and personnel talk, but its subjects have an urgent narrative to tell.” – Ben Kenigsberg, New York Times