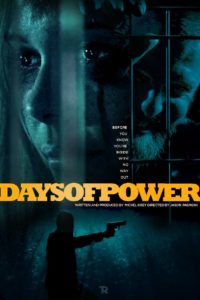 Days of Power tells the story of a Swiss pop star , Milow the Girl, (Jenny Hutton) the who disappears while on tour, along with her assistant, backup singer, and drummer; they find themselves kidnapped, hidden within a concealed puppy mill industry. The film, written and produced by Michel Grey (“Trinity Rising,” “Foreclosure Dogs,” and “Beyond The Bombs”), and the directorial debut from Jason Pagnoni, was inspired by actual events.  The film has received incredible support from multiple rescue groups and animal rights organizations around the country including: Rescue Ohio English

For news and updates go to: daysofpower.com