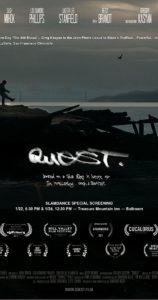 Phillips (“La Bamba,” “Courage Under Fire,” and “Young Guns”) is included in the Slamdance 2018 Special Screening section. “Quest,” a beloved audience award winner that debuted at the Mill Valley Film Festival this fall, and has continued to win award after award throughout it’s festival journey. Quest’s will debut on Monday, January 22nd, 2018, at the Slamdance Film Festival. This powerful film addresses the brutality of child abuse in a way we haven’t seen before, winning praise from the foster child community, among others who see the plight of this epidemic firsthand. Quest is a story that speaks to the power of love, and it’s ability to reach us 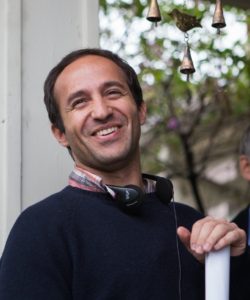 even through the darkness and pain that surround us. Based on a true story, the film follows an uncertain friendship between a 12-year-old graffiti addict “ Mills” (Greg Kasyan, in his debut role), who faces abuse from his stepfather (Lou Diamond Phillips), and a devoted teacher & coach named Tim Moellering (Dash Mihok), who believes there is no such thing as a bad kid – only a bad situation. Based on the stories of their lives in the Bay Area of California, the first draft of Quest was written together by first time director Santiago Rizzo, and his mentor & teacher Tim Moellering (whom has sadly since passed away from Pancreatic Cancer before he could see the film made). Director, producer and writer joins us for a conversation on his debut film.

For news and updates go to: quest.film

For more on Director Santiago Rizzo’s story go to: quest.film/filmmaker

Won, Seymour Cassel Award for Outstanding Performance by an Actor