The BlackStar Film Festival (BlackStar) returns August 1-4, 2019 with a stellar slate of black, brown and indigenous films from around the globe. The 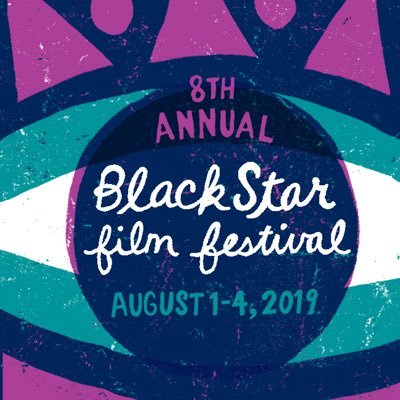 BlackStar Film Festival is an annual celebration of the visual and storytelling traditions of the African diaspora and of global communities of color, showcasing films by black, brown and indigenous people from around the world. Continuing its legacy of discovery and excellence, audiences can expect must-see film premieres, poignant artist discussions, and discover new cinematic favorites from

this year’s class of emerging filmmakers. Founded in 2012 by Maori Karmael Holmes, BlackStar has become the hottest event on the film festival calendar. With a program unlike any other, BlackStar is the destination to discover new artists voices from Black and global indigenous filmmakers. Artists including Terence Nance (An

Oversimplification of Her Beauty; HBO’s Random Acts of Flyness), and Matthew A. Cherry (9 RIdes; ABC’s Whiskey Cavalier), and Nijla Baseema Mu’min (Jinn) have shared their work at the festival and from BlackStar cultivated a fanbase that has grown with their careers.

This year’s festival features sneak preview of Hip-Hop: The Songs That Shook America, a new documentary series directed by directed Erik Parker and One9.

From Executive Producers Ahmir “Questlove” Thompson, Tariq “Black Thought” Trotter, Shawn Gee, and Alex Gibney, Fear No Gumbo, a documentary feature directed by Kimberly Rivers Roberts, about the 13 years since the deadly Category 5 Hurricane Katrina that made landfall on Florida and Louisiana and the corruption and 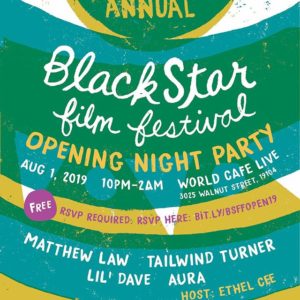 systemic racism that still victimizes the residents that returned after Katrina.

A new documentary from Emmy Award-winning director and  Macarthur “genius” fellow Stanley Nelson (The Black Panthers: Vanguard of the Revolution). Boss which explores over 150 years of African American entrepreneurship, from bondage to billion dollar moguls.

BlackStar will present the Luminary Award to Marcia Smith, President of Firelight Media.

To commemorate the 30th anniversary of Do The Right Thing, filmmaker Spike Lee and activist Tarana Burke will discuss the possibilities of using radical storytelling to center social justice and foster narrative change.