A motorcycle cop, Officer Frank Shankwitz, is still haunted by the traumatic 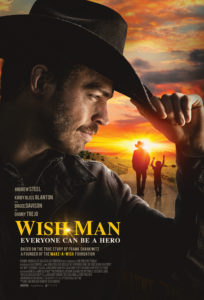 separation from his father when he was a boy. After surviving a near-fatal accident and being framed for police brutality, his whole world falls apart. Unexpectedly, he finds hope in the shape of a terminally ill boy, who reunites him with his father after 28 years. To honor the boy, he creates the Make-A-Wish Foundation. The cast of Wish Man includes Kirby Bliss Blanton (“Project X,”), Robert Pine (“CHiPs,” “Independence Day”), Danny Trejo(“Machete,” “Con Air”), Bruce Davison (“X-

For news and updates go to: wishman.mycinema.live