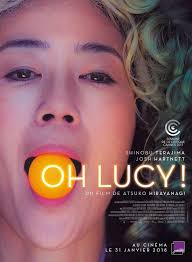 with a drab, meaningless life in Tokyo. At least until she’s convinced by her niece, Mika to enroll in an unorthodox English class that requires her to wear a blonde wig and take on an American alter ego named “Lucy.” This new identity awakens something dormant in Setsuko, and she quickly develops romantic feelings for her American instructor, John (Josh Hartnett). When John suddenly disappears from class and Setsuko learns that 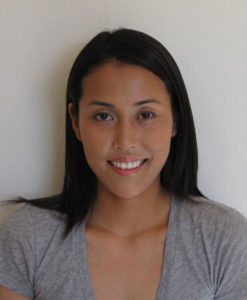 he and her niece were secretly dating, Setsuko enlists the help of her sister, Ayako and the pair fly halfway across the world to the outskirts of Southern California in search of the runaway couple. In a brave new world of tattoo parlors and seedy motels, family ties and past lives are tested as Setsuko struggles to preserve the dream and promise of “Lucy.” Director Atsuko Hirayanagi (Spirit Award nominee for Best First Feature) joins us for a conversation on the challenges of making her  multi-cultural comedy / drama and working with the film’s Executive Producers Will Ferrell and Adam McKay.

For news and updates go to: ohlucyfilm.com

“Within the confines of this cross-cultural shaggy-dog tale, Hirayanagi locates both a sharp vein of absurdist comedy and a bitter, melancholy undertow.” – Justin Chang, Los Angeles Times

“Hirayanagi isn’t selling a packaged idea about what it means to be human; she does something trickier and more honest here, merely by tracing the ordinary absurdities and agonies of one woman’s life.” – Manohla Dargis, New York Times

“Expanded from her award-winning short of the same title, Oh Lucy! betrays some rough edges in the transition, but Hirayanagi’s idiosyncratic touch marks her as a talent worth tracking.” – Andrew Barker, Variety