A Suitable Girl follows three young women in India struggling to maintain their identities and follow their dreams amid intense pressure to get married. Ritu, Dipti 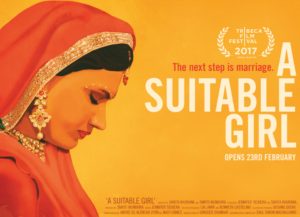 and Amrita represent the new India. Educated, financially stable and raised with a mix of traditional and contemporary values in the urban cities of Mumbai and New Delhi, they have access to the world in ways their mothers did not. Yet their lives take a dramatic turn when the pressure to settle down and get married hits. Career aspirations become secondary to the pursuit of a husband, and the women struggle 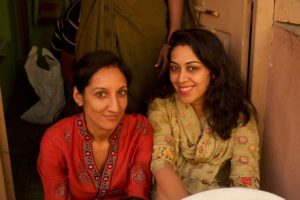 with the prospect of leaving their homes and families to become part of another. Documenting the arranged marriage and matchmaking process in vérité over four years, the film examines the women’s complex relationships with marriage, family and culture; the many nuanced ways society molds them into traditional roles; and a rarely-seen portrait of India’s urban middle class. Co-directors Sarita Khurana and Smriti Mundhra join us for a conversation on the underlying changing social, economic and cultural dynamics influencing a generation young women growing up in modern India.

For news and updates go to: asuitablegirldoc.com

“This is a film full of love, colour and warmth, and it takes a nuanced view of its subject, but the loneliness saturating some of the celebrations is palpable.” –  Jennie Kermode, Eye for Film

“A Suitable Girl proves a somber lament for a part of the world still clinging to its restrictive past, at great cost to (particularly) its female population.” – Nick Schager, Variety

“Regardless of your background, it’s impossible to not be moved by A Suitable Girl.” – Clay Cane, BET