With its upcoming premiere at the South by Southwest Film Festival Ali & Cavett: 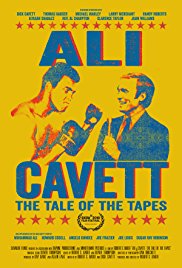 the heavyweight championship against Sonny Liston in 1964, to joining the Nation of Islam, refusing induction into the United States Army, and his legendarily epic battles in the ring with Joe Frazier and George Foreman, Muhammad Ali remained a unique and powerful force of nature in our popular culture. More than any sports documentary, this unique film deeply delves into hotly contended political and social matters that remain equally as relevant today. Ali & 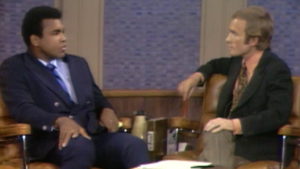 Cavett: The Tale of the Tapes Director Robert S. Bader produced the acclaimed documentaries Dick Cavett’s Watergate and Dick Cavett’s Vietnam for PBS. He is the writer and producer of the Warner Bros. documentary The Dawn of Sound: How Movies Learned to Talk, and the author of Four of the Three Musketeers: The Marx Brothers on Stage. Legendary television host Dick Cavett joins us to talk about his 53-year relationship with “the greatest of all time,” Muhammad Ali.

Check out the SXSW screening schedule for Ali & Cavett: Tale of the Tapes