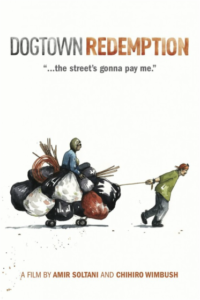 Shot over 7 years, Dogtown Redemption follows the lives of three street recyclers in an area of West Oakland, California nicknamed “Dogtown”: Jason Witt, the Olympic champion of recycling, who often hauls a shopping cart that weighs over a ton; Landon Goodwin, a former minister who struggles with his own fall from grace; and Miss Hayok Kay, the daughter of a prominent Korean family and drummer for a 1980s punk band, now at the mercy of the elements and predators. Each survives by redeeming bottles, cans, and 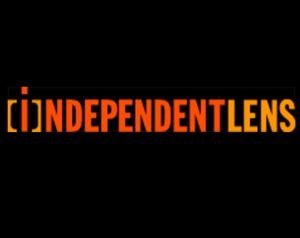 assorted other recyclables at Alliance Metals, the neighborhood recycling company which functions as both a financial hub and community center. The poignant personal stories of Jason, Landon and Miss Kay reveal the art, science, economics and politics of recycling: what it offers, how it touches the poor, and why it matters to all of us. Filmmakers Amir Soltani and Chihiro Wimbush wanted to provide a different perspective on the homeless. The film reveals them to be hard-working, entrepreneurial individuals, who — despite the many daunting challenges facing them — work incredibly hard to make their own way in the world.  Dogtown Redemption premieres on Independent Lens Monday, May 16, 2016, 10:00-11:00 PM ET (check local listings) on PBS.

For news and updates go to: dogtownredemption.com/

“Dogtown Redemption is a remarkable documentary that offers a gritty yet intimate portrayal of a group of social outcasts usually dismissed as “poachers”—those nameless individuals glimpsed, if at all, on the margins of the urban landscape…” – The Berkeley Daily Planet

“Documentarians Amir Soltani and Chihiro Wimbush put their lens on downtrodden but hardworking street people in West Oakland who eke out an existence by collecting tin cans, plastic and other recyclables for cash. Gaining remarkable access to those who live in the shadows, the filmmakers show us the humanity of these forgotten folks and get them to open up. The film doesn’t sugarcoat the recyclers’ problems, and also provides the point of view of neighbors who don’t appreciate their presence, but this is a film that wears its considerable heart on its sleeve.” – San Francisco Gate