In the quietly powerful documentary, THE PROPOSAL, director Jill Magid explores the 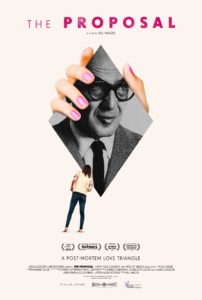 life, death and profoundly moving work of Luis Barragán.  Known as “the artist among architects,” Barragán is among the world’s most celebrated architects of the 20th century. Upon his death in 1988, much of his work was locked away in a Swiss bunker, hidden from the world’s view. In an attempt to resurrect Barragán’s life and art, boundary redefining artist Jill Magid creates a daring proposition that becomes a fascinating artwork in itself—a high-wire act of negotiation that explores how far an artist will go to democratize access to art.

Director’s Statement – The Proposal is my first feature film and the last chapter of a larger project I began in 2013 called The Barragán Archives. The project explores the contested legacy of Luis Barragán, Mexico’s most famous architect, and how his legacy is affected by the fact that a private corporation, Vitra, owns his archives

and controls the rights in his name and work. For more than twenty years, this corporation has made his work largely inaccessible to the public. The film questions whether a single actor should be exclusively in control of how the world can engage with Barragán’s work. Almost as an invitation for image-making, Barragán was known to adjust a buildings’ design so that it would photograph better. With this film, I wanted to capture the overwhelming beauty of his work while simultaneously questioning the legal challenges one faces to do so. The film is in itself a proposal: A way to elicit dialogue about access to legacy and its proprietary nature, and not simply if the proposal will be accepted. – Jill Magid.

For news and updates go to: theproposal.oscilloscope.net

For more about the director go to: jillmagid.com/film

THE PROPOSAL opens in Los Angeles on May 31st at the Monica Film Center, with national rollout over the following weeks. Director Jill Magid will participate in a Q&A following the 7:40 pm show on Friday, 5/31 and Saturday.

“Captivatingly wily. ‘The Proposal’ meditates on the meaning of artistic legacy. Most of all, it shines an ingeniously media-savvy spotlight on Barragán’s work.” – Jeannette Catsoulis, THE NEW YORK TIMES – Critic’s Pick

“A thoughtful, elegantly hypnotic exploration of ownership, access, and moral responsibility. “A multi-layered and thought-provoking work of art. Magid’s inspired response to a complex situation makes for an intriguing and approachable film.” – Allan Hunter, SCREEN INTERNATIONAL

“The documentary doesn’t bring closure to her fight for Barragán’s archive, but it will work its way under a viewer’s skin and leave them with persistent ideas to consider.” – Dan Schindel, HYPERALLERGIC

With its measured pacing and haunting ambience, Magid’s hypnotic film is an engaging examination of artistry, diplomacy, and posterity at a crossroads.” – Manuel Betancourt, REMEZCLA

“Beguiling. An unforgettable consideration of who should have ownership of an artist’s legacy.” – Stephen Saito, MOVEABLE FEST