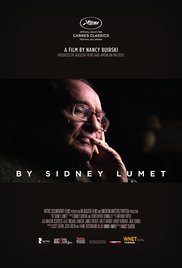 Film legend Sidney Lumet tells his own story in a never-before-seen interview shot in 2008. With candor, humor and grace, Lumet reveals what matters to him as an artist and as a human being. The documentary features clips from Lumet’s films – 44 films made in 50 years – including Serpico, Dog Day Afternoon, 12 Angry Men, Network and Before the Devil Knows Your Dead. Peabody and Emmy Award-winning filmmaker Nancy Buirski (Afternoon of a Faun, The Loving Story) combines these elements to create a 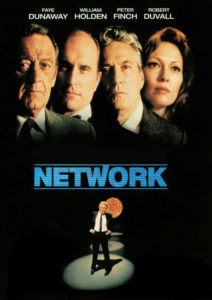 portrait of one of the most accomplished, influential and socially conscious directors in the history of cinema. By Sidney Lumet reveals the spiritual and ethical lessons at the core of his work. First and foremost a storyteller, Lumet’s strongly moral tales capture the dilemmas and concerns of a society struggling with essentials: how does one behave to others and to oneself? By Sidney Lumet director and producer Nancy Buirski joins us for a lively conversation on Lumet’s complex and fascinating life, the relentless honesty of his work and the horrifying incident that impacted his perception of our collective humanity.

For news and updates go to: facebook.com/BySidneyLumet

News and updates for Director Nancy Buirski go to: facebook.com/nancy.buirski

“It allows Lumet to remind us, in his own voice, of the passion in his ostensible dispassion – the way he deftly subsumed self-expression within the brisk rhythms of his material and the superb performances of his actors.” – Justin Chang, LA Times

“Makes the case for Lumet not only as one of the Hollywood greats, but also one of its rare filmmakers of conscience-a passionate storyteller whose films wrestle with dilemmas of decency, justice, and fairness.” – Chris Nashawaty, Entertainment Weekly

“Mr. Lumet comes across as a mensch, but he was also a complex artist whose often literally dark films were filled with shadows, rage and spit, not just nobility.” – Manohla Dargis, New York Times

“The movie is simply Lumet and his films, which turns out to be an astonishingly satisfying experience, because he’s an incredible talker, with the same earthy electric push that powers his work.” – Owen Gleiberman, Variety