Independent film veteran and Executive Director of the International Documentary Association (IDA) Michael Lumpkin joins us to talk about the IDA sponsored Getting Real Conference and the supportive role IDA plays in the work of documentary filmmakers.

Unlike any other event on the documentary calendar, GETTING REAL is a unique gathering of filmmakers and industry professionals that will ignite what is desperately needed in the documentary community: a frank public conversation about the state of our industry that will lead to action and change. Produced by the International Documentary Association and the Academy of Motion Picture Arts and Sciences, GETTING REAL is an unprecedented 3-day national conference for documentary filmmakers that will take place in Los Angeles from September 30 – October 2, 2014.

Founded in 1982, the International Documentary Association (IDA) is a non-profit 501(c)(3) that promotes nonfiction filmmakers, and is dedicated to increasing public awareness for the documentary genre. Our major program areas are: Advocacy, Filmmaker Services, Education, and Public Programs and Events. Through its programs, IDA provides resources, creates community, and defends rights and freedoms for documentary artists, activists, and journalists. As an advocate for filmmakers, IDA has been in the forefront important issues confronting our industry: Net Neutrality, Fair Use, and Lobbying for the Arts 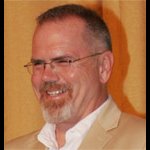