Featuring a heartwarming performance by Molly Ringwald, ALL THESE SMALL MOMENTS tells the story of a teenage boy’s infatuation with a woman he sees on 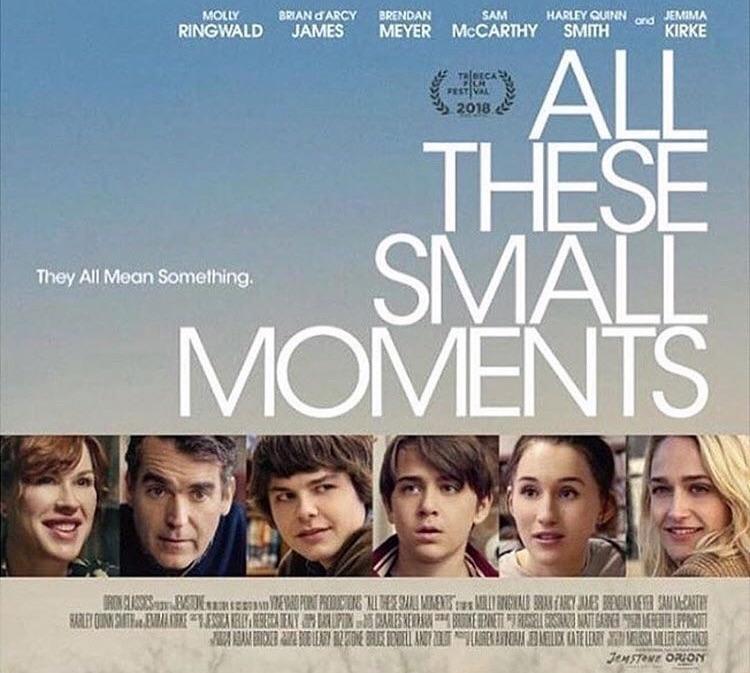 the bus that  further complicates his already tumultuous adolescence. ALL THESE SMALL MOMENTS is firmly rooted in the bewildering tangle of human relationships. A husband and wife who are trying to find their way back to themselves, because they’ve drifted too far and no longer recognize each other; an adult woman and a teenage boy who somehow fill a void in each other; and an almost accidental friendship that

grows to be much more. ALL THESE SMALL MOMENTS is a portrait of adolescence and aims to capture a time period that, if we make it out unscathed, defines us. Director and screenwriter joins us for a conversation on the working with a cast of established actors like Molly Ringwald, Brian D’arcy James and Jemima Kirke and young actors like Brendan Meyer, Harley Quinn Smith and Sam McCarthy. Director and writer Melissa B. Miller Costanzo talks about getting her first feature film off the ground, enlisting actress Molly Ringwald to be a part of her project and channeling her own adolescent experiences into the performances of her talented cast.

Social Media for All These Small Moments:

“All These Small Moments reminded me a great deal of two films in particular: that of the recent Lady Bird and this year’s very underseen and underrated Blame.” – David Fontana, Film Inquiry

“Authenticity of character is All These Small Moments’ strongest suit because each proves honest whether or not their inclusion in the larger story does.” – Jared Mobarak, The FIlm Stage

“Despite being overly tidy and commonplace in its plot, [director Melissa B.] Miller-Costanzo succeeds in deliberately avoiding resolution, and while that’s bound to frustrate people, it’s key to the movie’s payoff.” – Kyle Kohner, The Playlist