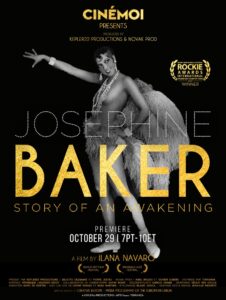 Josephine Baker, the first global black superstar. World renowned performer, World War II spy, and activist are a few of the titles used to describe Josephine Baker, one of the most successful African American performers in French history. Josephine Baker: The Story of An Awakening follows Baker from being a poor little black girl from Missouri to becoming the Queen of Paris, before joining the French Resistance and finally creating her dream family “The Rainbow Tribe”, adopting twelve children from the four corners of the world. The film reveals rare and previously unseen archives that will resolve the puzzle of Josephine’s fascinating fifty-year-long 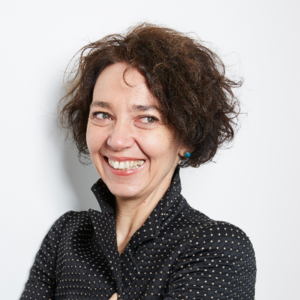 “headline grabbing career.” Josephine Baker made three trips “back home” (1936, 1948, 1951), and each time she experienced everyday racism, despite her worldwide fame. Each tragic experience triggered her life-changing decisions. Gradually the battle for Civil Rights became her own, up until 1963, when she was the only woman who spoke on stage besides Martin Luther King during the famous March in Washington. Director Ilana Navaro (La Case de l’Oncle Doc, Toutes Les Télés Du Monde) stops by to talk about how a pervasive racist American society galvanized Josephine Baker’s determination to transcend  the “banana dancer” sobriquet on her way to international recognition as a performer and civil rights warrior.

For news and updates go to: cinemoi.tv/josephine-baker