What happens if the entire industry is laid off in a single day? Filmed 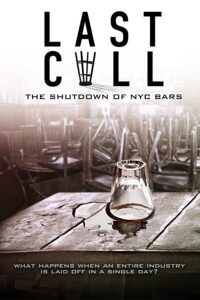 during the height of the pandemic, Last Call : The Shutdown of NYC Bars explores the social and economic impact of COVID-19 on the NYC hospitality industry. Last Call : The Shutdown of NYC Bars follows Jena Ellenwood, a bartender in Queens, NY, as she and her co-works and friends recount their experiences in the dawning realization that they are going to lose their jobs to a deadly new virus. Jena has just moved to New York and recently been brought on as a bartender at the Sparrow Tavern, a local Astoria watering hole. In March 2020, business-as-usual comes to a grinding halt as COVID-19 sweeps through New York City, quickly establishing Queens as the epicenter of the pandemic, not only the state of New York, but throughout the entire country. Bars and restaurants are ordered to close, leaving thousands of 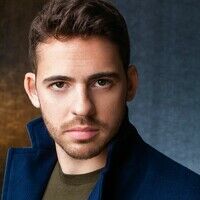 hospitality workers stranded without work and an uncertain future. Jena and her friends vent their frustrations and anxieties, not only surrounding the seemingly hopeless economic uncertainty, but also the deadly virus that threatens their very lives. Throughout the process of finding a foothold in this “new normal”, the anxiety and uncertainty of New York’s hospitality industry looms, as 2020 ends with COVID hospitalizations in New York continuing to rise once again. Director, producer and writer Johnny Sweet (Quiet Storm: The Ron Artest Story) joins us to talk about his own journey over the last 16 months, the serious challenges of making a film under the cloud brought on by the pandemic and why showcasing the undervalued work and contributions of the service workers is so important to a healthy community.

For news, updates and screenings go to: lastcalldocumentary.com

In Los Angeles watch at: laemmle.com/film/last-call-shutdown-nyc-bars

Last Call : The Shutdown of NYC Bars kicks off a virtual theatrical release on 7/16 viaLaemmle theatersahead of a wide digital release 8/13 from Global Digital Releasing.

About the filmmaker – Born and raised in NYC, Johnny Sweet graduated from Syracuse University in 2003. He was recently nominated for an Emmy for Best Long Sports Documentary for “Quiet Storm: The Ron Artest Story.” Sweet was an Emmy Award winning feature producer at ESPN for 10 years, primarily covering the NBA and the NFL. In 2016 Sweet directed his first long form documentary, “Vick” which won the Associated Press Sports Editor Award for journalism, his second APSE award. His second film, “Quiet Storm,” a documentary about the life of Ron Artest was released in 2019 on Showtime. The film won the Santa Barbara International Film Festival and Cleveland International Films Festival for Best Documentary and was selected by the Hot Docs and Big Sky Film Festivals. For more go to: ocp-productions.com