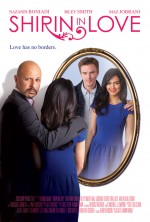 Love has no borders and therein lies the premise of the charming, new Iranian-American romantic comedy “Shirin in Love.”  Nazanin Boniadi plays Shirin, an absent-minded, young Iranian-American living in “Tehrangeles” (the large Iranian community in Los Angeles) with her overbearing mother and empathetic father.   Despite being engaged for years to a successful Iranian plastic surgeon in Beverly Hills, Shirin finds herself breaking loyalty and tradition when she falls in love with a mysterious young man who lives in a lighthouse in northern California.  As her secret unravels and cultures clash, Shirin discovers what it ultimately means to be true to herself. Director Ramin Niami joins us to talk about his cross-culture dramedy on love and family.

Director Ramin Niami will be presenting Shirin in Love at the 8:10 PM screening, Saturday, March15th at the AMC Theatres (Block 30) in the City of Orange.

For more on Shirin in Love: shirininlove.com/

“Shirin in Love, like its protagonist, looks ditzy at first but quickly becomes a thinking woman’s romantic comedy, making a lie of recent media claims that the genre is defunct.” – Marsha McCreadle, Film Journal International